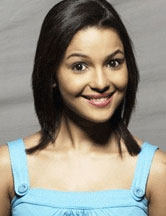 The girls out there at the jungles of Malaysia in Sony's Iss Jungle Se Mujhe Batao are struggling to survive the heat of elimination, while it is the men folk who are having a merry time on every Friday (the day of elimination). For the uninitiated, barring IshQ Bector and Mika, the other eliminations in the show so far have been of girls!!

According to our source, "This week, it is the turn of yet another wild card entrant, Chitrashi Rawat to get eliminated. The chocolate boy Jay Bhanushali found himself in the danger zone for the second consecutive week, but managed to outscore Chitrashi in the Maha Jungle Challenge".

Chak De India fame Chitrashi was one of those contestants who were treated badly by Mika. This marks the end of the girl's tenure in the jungles..

+ 3
13 years ago how many gurls are getting out? and im surprised those two were in the bottom...they always do good in their challenges

+ 5
13 years ago So typical and expected....Indian junta always vote out the women...such misogynists! Also Sony is manipulating the results, how can Marc get votes everytime? Nobody knows him!
Akash confessed he has arranged for ppl to vote for him! Hes a rude, uncouth, abusive guy and shd be voted out! God knows why ppl are voting for him, probably they love his abuses towards all the female contestants.
He called Aman apahij and still is safe and little Chitrashi who is so nice and funny got eliminated....that is shocking!

13 years ago thanks. i like her. i want akash to left

+ 2
13 years ago So that leaves two girls in the fray Anaida and Mona. Kashmira being just a guest and not a contestant.