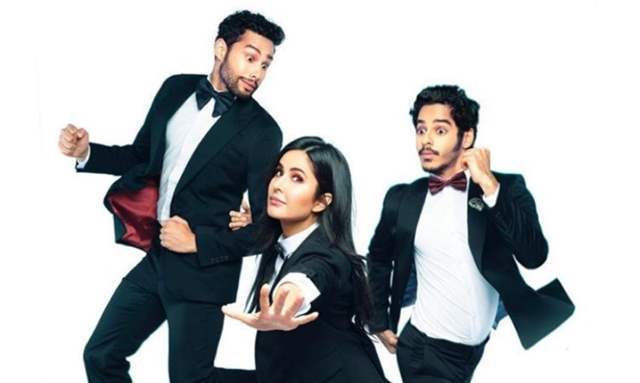 Katrina Kaif, Ishaan Khatter, and Siddhant Chaturvedi are gearing up for their upcoming film together, Phone Bhoot. Touted to be a horror-comedy, the movie is helped by Gurmeet Singh and produced by Excel Entertainment. The first looks came out last month and it sure had fans excited to see an all-new trio come together for an exciting film like this.

During a recent interview with Mid-Day, Ishaan spoke about working with her and how she is a senior who has better experience and has done more work, and he looks up to her. He also revealed how he has been waiting to work with the diva. He further added how they had a riot while shooting together and that made him think just how they will all bring about different energies on the sets while shooting.

Talking about resuming shoot, he added how they can only resume once things get better in terms of COVID-19 situation in the country. He said, "By the time we start shooting, I hope the situation will have improved. Though we will adhere to the guidelines, as actors, we can't be too caught up with safety and sanitisation because it will then reflect in our work.''

Ayushmann Khurrana Reacts to Being Voted as One of the Most ...
17 minutes ago