View Profile
Is Age a decisive factor in choosing New Talents??
We are in an era where we hear of ‘Child Prodigies’ and the achievements of little kids in various fields. Singing is no exception, as true talent in singing can be recognized as the kid grows… We cannot forget the ‘Prodigy’ Aditya Narayan as he matched Sur to Sur with his Proud Dad Udit Narayan at a very tender age.. So it is very right to say that ‘Talent to Sing can be tapped even when small’…. 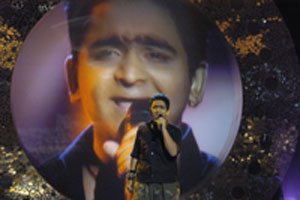 Featured Video
But are the Reality Shows considering this at all? In Star Voice of India, when Vipul Gupta who was just 16 years old sang, the judges felt that his voice was not mature enough and contemplated a lot, which led to a tiff between Jatin and Abhijeet.

Same will be seen yet again this week, as Abhas aged 16 tries his level best to win over the judges’ hearts.. An ardent fan of Mohd Rafi, Abhas was so scared after his performance asto how will the judges react to his age? 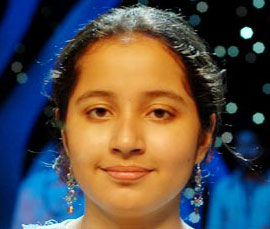 Another example to sight is, Sony’s Indian Idol where we saw the 16 year old Richa Aneja getting ousted last week in the Grand Galas.. Richa’s existence in Indian Idol had always been a ‘Matter of Debate’, the judges’ opinions were divided when it came to the innocent, soft and ‘Not so Mature’ voice of Richa..

The question worth pondering over is “Should the participants below 18 participate only in the Kids Talent Show? And if yes, then shouldn’t the Channel Heads raise the age bar? One wonders why Channels are adopting to double standards by welcoming a 16 year old in the show only to be dismissed at the end as “Immature Voice”.
Tell us what you think about  such 'Bundle of Young Talents"  who are just shown a different platform on the ground that their voice is soft and not so mature?

14 years ago hey i feel richja was damn gud.

infact its was tht childlike think in her voice tht was attractive.

wht abt ankita who is 17 n many r 18 not much diff....
so how can u stop 16 yr olds ...
becos nt all 16 yr olds hv such voices .
infact rarely dey hv immature voices.
n i think its richas' looks(kidddy kinds)
n nt her voice which gt her out ...
becos whenever judges luked at her dey felt a kid a singing...

14 years ago nice article. i think there shuold be a kids singing show for ages under 18. but idk, i think children should concentrate on education first than a singing show, which can be achieved later.

+ 3
14 years ago I think there should be a minimal age to participate in contests, like aroun 18+ is about right..the younger not only are they getting hate from everyone, their studies are also suffering quitt bad

14 years ago No one else is to blame other then the judges. If the judges felt immmaturity in the voice of a paticular contestant they shud have not brought him further in the competetion.

14 years ago Richa was very gud as far technicality was concerned. She cud sing v well in sur, perhaps even btr than the other contestants and took harkats and other stuff v wonderfully. Its not her fault tat her voice is immature. The judges shud'v thought abt this earlier in the theatre rnd as now she cant participate in II again.

+ 3
14 years ago Even at the age of 16, there are voices which are matured but few like in case of Richa suffer in the hands of these age factors.. So, to solve this problem we can always have one more category called as the sub junior and can be declared that those who are winners of this sub junior contest will get the privilege of being an wild card entry participant when it comes to senior level.. In this way even the education does not suffer

+ 2
14 years ago richa was really gud, wonder why judges didn't like her.

14 years ago abhaas got fantastic comments from the judges.'arey yeh tho wonder boy hai they exclaimed..yeh voice of india hi nahi..i forget the rest..but i rest my case..

14 years ago No one can stop a talented singer from rising up so what if he or she is young age does not have anything to do with singing..
If they want singer above a specific age they should mention it from before..so its 100% channels fault