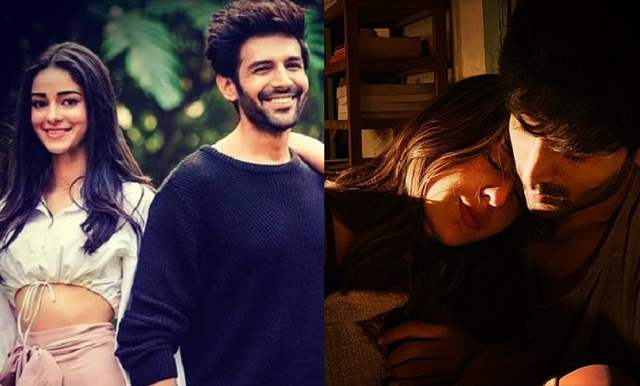 Ananya Panday who made her Bollywood debut with Student Of The Year 2 is always seen making into headlines due to her chemistry with Kartik Aaryan as they are often spotted around the town. The actress also opened up about their link-up rumours and said it's fun, she is happy.

However, fans believe that there's a love triangle between Sara Ali Khan, Kartik Aaryan and Ananya Panday. Recently in an interaction with an entertainment website Ananya was asked about the same, she said, "There is no triangle! I think, me as a person, I am so young. I'm 20 and it's normal to have a crush. I'm very open about my feelings and I'm very open about the people I have crushes on. But I'm so young, I think my crushes change also all the time. So I think it's just fun, everyone is having fun."

"All the love triangles, I'm saving for the film. Nothing in real life," she laughed.

The actress is currently busy shooting for the remake of Pati Patni Aur Woh which also is a love triangle story and it also stars Bhumi Pednekar and Kartik Aaryan. The actress also talked about the film and said, "It's not exactly a remake of the original, but obviously, the concept is the same. It's a very modern version, something that people can relate to today. I think people can watch it and just relate to some part of it. It's kind of a universal feeling, in a way."

"It's more of a comedy than the original. Kartik's look in it is very different and very cool. Haven't you seen the memes? I think the film and the casting are very interesting. I'm very excited to work with Bhumi because she is such a good actor. And Kartik and I have amazing chemistry," she added

The film is slated to release on December 6 this year.

Sara Ali Khan writes an adorable poem as she shares photos from her ...

Sushant was in Pain after Break Up with his 'Mukku'? His ...
56 minutes ago