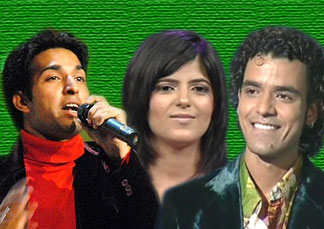 The anxiety among the viewers is rising as the finale draws closer. The tension is palpable as they wait with bated breath to find out if their favorite is still in the show or turns out to be the unlucky one. This week was no exception, as all contestants in the three reality shows, gave their best to impress the audience with their superb performances and even the eliminated candidates Toshi, Ankita and Harpreet left a deep impact in the heart of viewers with their parting numbers. With Ankita’s elimination, the dream to see a girl Indian Idol now stands shattered. It is not only viewers who have their favorites, but also the judges, who show favoritism in the show. If Mauli is overtly hyped in SRGMP, then the hype for Ishmeet in SVOI is not behind, and there are few awesome contestants like Poonam and Mussarat of SRGMP from the current remaining lot, who never get the needed attention. The question of consistency in the performance of some popular participants is also rising for few contestants like Raja of SRGMP, Abhaas of SVOI etc... Overall this weekend was a sumptuous treat for all the music lovers. 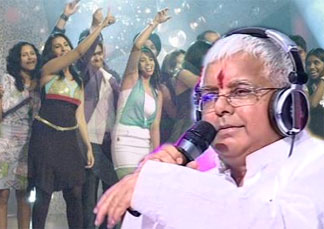 These days the reality shows come packaged with extra frills in the form of drama, dance and makeovers, to make the shows more appealing to the viewers. While they appeal to the viewers, yet for music lovers the appeal of hearing true talent remains unfulfilled, as these extra frills get more priority than the actual singing. It was really disappointing to see SRGMP and SVOI give more importance to the celebrity guests than the contestants. The performance by Daler Mehendi, the question-answer session with Lalooji in SRGMP was simply unnecessary, making the show longer than needed and was probably the reason for the loss of impact of performances by contestants. SVOI was not far behind, with dance and fun environment created by the Chak De team and that left a question on the minds of the viewers as to if they were actually watching a musical reality talent hunt show or viewing a celebrity concert or a film promo entertainer. The makeover seems to be the focus of all the three reality shows and especially the hairdos take top priority. Now, what has a “good hair do” got to do with good rendition or for that matter with a musical reality show? 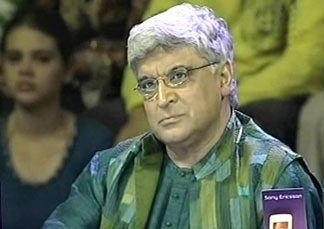 Just like the viewers are trying not to accept the opinion of the others, the judges too are not ready to accept the point of view of their fellow judges. One judge pointing out the mistakes and another hammering that view, has become a regular feature of these shows. In Indian Idol, as a routine feature from Annu Malek, this time Javed Akhtar got the stick from him for giving some advice to Emon. Seems like more than the contestants, its Annu Malek who is getting more hurt for the comments. Same goes in SVOI too, where Lalit tried to point out few mistakes of Abhilasha leading to his disparity with Alka as according to her, they were just small mistakes which did not need to be pointed out. The question now arises - If you can put forth your views, why not the other judges?? Also if the mistakes are not pointed out, then how will these contestants improve??

Though it is always a treat to listen to the contestants, the extra frills as well as the disparity is taking the upper hand in the reality shows, which is actually disturbing the essence of songs sung by the contestants and diluting its impact in the mind of the viewers. Hope the channel houses realize this and concentrate more on the “Gayaki” of participants, instead of the “Nautanki”. Also the eliminations this week raise the same age old question again – Should choosing the best singer from these shows be left entirely on the public?

15 years ago I don't know, Jaaved was over reacting, I think so personally. Ankita was not such a good singer, and its about the voice, not performance, though it matters; and Emon is not such a bad performer either.

I can't say much about SRGMP sense I don't really watch it. Harpreet was a good singer though.. I think Mauli should have been out.

Thanks for the article. =]

15 years ago trueeeeee, harpreettttttttt didn't deserve to get out of the contestant sooo early. it's only cuz he wasn't hyped as other contestant in the show. the question is singing of contestant more important or hype. it's all rubbish, just for the trps these shows r there. nothing else.

15 years ago JA saab could have said the same thing in a more mature way to Emon this week. We've seen him act the same in FG as well. Ironic that he behaved like this cos we always assumed he was the most mature and sensible judge. Yes, its true that the music industry is a big bad place and its tough for new singers to make a mark so they may face such criticism in the future. But how many reality show participants have gone to become playback singers anyway? I don't know if this was done to hopefully get Emon more votes in the upcoming week. Anything is possible in such shows.

15 years ago Totally agree with what you have said in the article. The extra 'frill' are detracting from the main theme of the show... the singing! I understand that makeovers, special guests and special performances are for our entertainment, but sometimes they get way out of hand! Prime example would be Lalooji's appearance on SRGMP.

Even the judging has its problems, like on SRGMP Himesh and Ismail Darbar give everyone 10s and on II every judge has their favorites and make it known! Its all tainted and fake... except the talent, which I hope can make it through all of this!

+ 3
15 years ago Everything leading up to Lalooji coming.. that was soooo long.... it was lots of fun to see, but too much dragging, wish they couldve done something about that!

I think Javed saab had a reason to get justified, but i think he took it too much.. to yell like that, i've never seen him like that. All the judges must be at the end of their threads now.

+ 2
15 years ago Still I enjoyed saturdays epi....if harpreet was there it would have been even better :*( but we cant do nthg abt it....But they all sang awesomeee on saturday....and laloo was a bit funny too....So it was an entertaining epi for srgmp....but stilll harry wasn't there so it wasn't the same for me

I am very sadthat he is eliminated

+ 3
15 years ago A well-written article and definitely thought provoking.. But I have to say that the Chak De India performance at SVOI was immensely enjoyed by me and my family. Perhaps it was unnecessary but nowadays, these shows are not only musical contests but are revenue generating sources as well.. Hence, the need for more TRPs :)

+ 3
15 years ago The coverage that was given to Laloo Ji , from the time he boarded the flight till he sat down in the celebrity chair was too much ! Thank God he did not travel by train, the we may have had to wait for atleast a day before we could hear the participants sing. The stage set up , the theme and layout , all was good but they pulled the fiasco for too long !

Is there anyone to whom Bappida does not say that he is Bappida's favorite...?