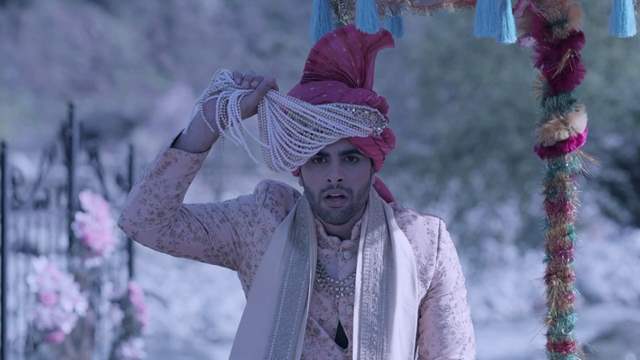 Actor Ankur Rathee who we best remember for his diverse roles as Arjun Nair in Four More shots please, Karan Sandhu in Thappad and Abhiraj Mukherjee in Hello Mini, is  enjoying the success of his new release Undekhi on Sony Liv.

Within weeks of the release, Undekhi has been getting positive reviews and Ankur has impressed the audiences and critics again with his performance. Ankur plays an ensemble lead role (Daman) in SonyLiv’s Original series Undekhi.

Produced by Applause Entertainment and Edgestorm Ventures, Undekhi is a crime thriller which was extensively shot in Manali. The story is based on true incidents and depicts two opposing classes of society-  the power-drunk influential people who think they can get away with anything and the oppressed, subjected to years of torture, who finally decide to fight  for justice.

Talking about the impact of the show Ankur feels, in a time when injustices are rampant, 'Undekhi' asks some very poignant and relevant questions.

He said, "In our very hierarchical Indian society, demarcated by gender, wealth, sexual orientation, caste, and color, we all know where we stand more or less. For those of us higher on that social hierarchy, we might not feel comfortable admitting the comforts and privileges we enjoy while the poor and downtrodden are victim to countless injustices.

Do we fight for their human rights or do we largely ignore their suffering because it’s far more convenient to live in our ignorance. In the show, my character, Daman, made me ask a very uncomfortable question of myself: Is staying silent being a part of the problem? Here you have a character whose father has committed a heinous crime. He always knew his family acquired its fortune through criminal means, but he deliberately chose not to look too closely, afraid of what he might find.

However, when a woman is shot before his very eyes, he cannot unsee it. Should he protect his father or condemn him? The truth is dangerous enough to blow up his life and jeopardize his marriage. His lies might prove more fatal. Daman’s inability to navigate his moral dilemma is not too different from our very own. Today we are so bombarded with the injustices happening in our very own communities, yet many of us choose to turn a blind eye. What is the cost to humanity when we leave something “undekhi”?"

Further talking about his character helping him in real life, Ankur said, "Playing Daman has helped me see a lot of the advantages this unfair system affords me. Every time I witness sexism, racism, police brutality, or religious discrimination, my inaction becomes support for the prejudice and inhumanity. Daman made me question my moral obligation to the truth even when it’s most inconvenient. I am trying, failing, and trying again. No one promised standing for what is right would be easy."

The series is helmed by Siddharth Sengupta who has had a long career in Television which includes topline titles like Balika Vadhu.

Ankur Bhatia critically acclaimed for his performance in Disney+ ...