View Profile
Not too long ago, the media was ablaze 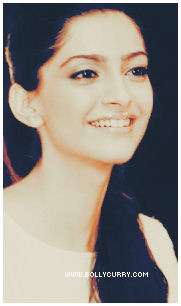 when Ranbir Kapoor's ex-flames Deepika Padukone and Sonam Kapoor dragged his name through the mud on the popular talk show, Koffee with Karan.

While the news has started to fade away, Sonam Kapoor has resurfaced on tabloid pages. Much to everyone's surprise, she is now all praises for Ranbir.

Soon after the controversial episode had aired, it was reported that Ranbir's dad, Rishi Kapoor, had taken matters into his hands. He was heard talking to Sonam's dad, Anil Kapoor, about the matter. It may be fair to guess, then, that Sonam's tune has changed because she has been pressurized to speak so. Since Sonam is trying to be the good family girl, comments like, "Ranbir is one of my best buddies," come as no surprise.

While the Kapoor girl seems to be making amends, what are the odds that we'll hear Deepika chime in with her attempt soon?