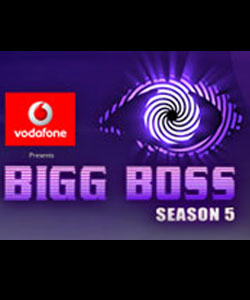 'Simmering in controversy' is a free tagline that Bigg Boss has carried along with it, ever since its inception. And this season has been no exception either.

Everyone is aware of the dramatic and the theatrical fight that took place between Mahek Chahal
and Sky, long before her elimination. But once she was evicted, Sky was ready to move on. But today, rumors suggest that Mahek's main intention with her re-entry was to create more problems for Sky.

In yesterday's episode, the viewers saw the way Mahek reacted when Sky was singing a romantic number. Even Juhi was shocked to see how Mahek pointed at Sky and asked him to move out of the house. 'Bahar…Bahar..', she repated in anger.

A source says, "Mahek always had issues with Sky and her main motive to return was revenge. Yesterday she insisted Sky to move out of the house. This is because Mahek, apparently is aware that Sky will be out this week inspite of being a contender for the Bigg Boss winning finale."

With just a few days left for the finale and Mahek's sudden wild card entry, should we believe that shows like Colors' Bigg Boss Season 5 are pre-planned and rigged?

9 years ago Sky is calling Mahek & Sid desperate! lol! The way he was after Mahek trying to quarrel with her & make her look negative was an act of desperation on his part!
He was so jealous because no one from the audience said negative about her! lol!

9 years ago Mahek should win the show!
She too has her faults! She is not perfect but she is better than most people on BB.
She has the courage to stand up for herself when Sky & Sid were abusing her!
She has lost her father to cancer, her sister's child to a deadly disease. An accident marred her face. She needs money to continue her operation that she has been doing in installments! She should win!
She may be bad but she is far far better than those other contestants on the show!
Men like Sid, Sky & Amar are nothing in front of this one girl who has struggled so much in life & is still fighting.
She is a survivor!

+ 4
9 years ago Ewww! What crap? Thats not what Mahek meant. She deserves to win the show.

9 years ago Who is this source who has left his/her brains at home? Is it Pooja Bedi?

Guys who all are abusing MC & condeming BB for throwing Sky out must now be aware that Sunny Leone is out not Sky. So LESSON LEARNT IS - Don't jump to conclusions! Watch the show & then talk.

May be the show is rigged in the sense that those people who shout & fight always get saved in the eliminations & the one who is inactive is shown the doors.
For T.R.Ps they keep such noisy elements & so. Clever contestants are well aware of this & they bring up issues to fight over & stay in lime light & thus keep their place safe in the house. When the fights just becomes too much the host warns them.

May be BB uses these noisy elements to grab some eyeballs & get more T.R.Ps & when the job is done usually one contestant who is not too irritating nor completely inactive wins the show.
Who knows what the truth is?

I am not going to comment whether Salman Khan favours MC or not BECAUSE I was not there personally to see what kind of relationshipship exists between them.
It can be just good friendship.

I have seen the ugly face of Sky in the show "Iss Jungle se mujhe bachao". He was so so so rude & abusive towards Anaida!!! The girl never ever abused him back. But he said such things to her that u won't believe...only a monster can say such things to a girl who is so good!!!

He was his original self in BB in the beginning. The way he spoke when he fought with PM, MC & Shonali! Ufh!! After his fight with MC, he suddenly felt that his image will be affected & now he is trying to be the nice guy! What an actor!
He hates every girl who dares to stand against him! What a man!
He talks of MC's past & reputation...why is he forgetting that he has a past & he is not dood ka dhula!

shambo88 9 years ago Finally some ppl are using their brains and not blindly supporting MC-she's an evil in disguise surviving due to another evil-Salman Khan. I personally wnat Juhi to win coz she was vociferous in a lot of issues against sky-when he spoke about MC's face surgery or when he and Sunny lied to Shonali... To me she's far better than the rest but somehow we all know that sum1 will pull the strings and win and create an image of a strong yet wronged woman.. BS show wid BS co-host...

+ 4
9 years ago another crap. Dont u have some valuable news to report.

DONAA 9 years ago Amar deserves to win - he is the true gamer. its a game show and he has played brilliantly.