After the entry of Vrinda Massi, played by Smriti Irani in Teen Bahuraniyaan, it seemed to be merry days for the Ghee Waala family as she was the medicine for all problems the family faced. But now, the table has turned as Vrinda Massi is on course to unmask her children’s’ killer. 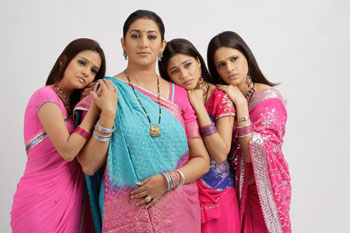 Featured Video
The coming episodes in Zee’s Teen Bahuraniyan will build up good suspense as Vrinda Massi gets closer to the culprit. Things get more confusing as Sameer starts connecting with the accident that killed Massi's children. So is Sameer responsible for the death of Massi’s kids? If so, where is the story headed now?

Telly Buzz team caught up with Manish Raisinghania who plays the role of Sameer to get an insight on the twist. “Vrinda’s children met with an accident and Sameer thinks he is responsible for the incident. DD, the only witness to the accident had asked a drunk Sameer to flee from the place, and more confusions get created as Kokila overhears one such conversation between DD and Sameer. Sameer wants to confess his sins to Vrinda Massi, while Massi is thinking of a justifiable punishment for Sameer”, says Manish.

When asked whether Sameer’s character will change from now on, Manish is quick to say, “Sameer was always shown possessing not so positive qualities, but that does not mean that he was portraying a negative shade. He gets married to Janki for the sake of money, but now he has changed and is a caring and loving husband. I was always told by my director that the character should never look negative”.

This does mean that there is lots of suspense, drama and emotion coming the viewers’ way in Teen Bahuraniyan. Is it really Sameer who is behind the death of the kids, or someone else is playing games? What will happen when Vrinda comes to know of the killer? Catch all the excitement in Teen Bahuraniyan… 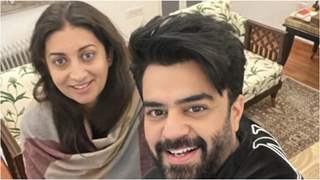 + 5
15 years ago wow..but I think Sameer isnt the culprit

Thank you for the article!!

+ 3
15 years ago Oohhh, all this sounds interesting, i'm sure the upcoming episodes will be good... hmmm i cant ever think of Sameer killing anyone, i'm sure he's not the culprit. Let's see what happens.. thanks for the article!

+ 5
15 years ago ohh thats exciting. I just adore sameer and vrinda mass, and im sure that sameer dint do any such thing,he has been trapped badly. He cant cause harm to anyone.
Hope things get sorted out soon. Thanks for sharing.