This weekend there was a touch of finality. It was about bidding adieu to some shows and faces we got so used to watching week after week. This week Mission Ustaad completed its successful run and found its Ustaads. L'il Champs is one week short of the grand finale. While these two shows inched towards its finale, the other two shows took a few steps backwards. 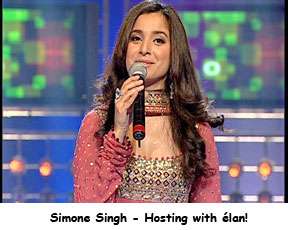 Featured Video
After thirteen week's of rigorous battle Mission Ustaad finally got its Ustaad and it was none other than the truly deserving Jodi of - Sonali and Roop Kumar Rathod. This Jodi with all the other Jodi's gave some brilliant performances with the social messages as the icing on cake. Mission Ustaad showed that music is aesthetic and such musical shows can run very well without any drama. This show had some of the best participants, some great judges but the show would not have been as successful without the effective anchoring. Simone Singh deserves a big round of applause for hosting the show so brilliantly. She played a very important part in communicating the mission to the masses and having a firm grip on the pulse of the show. 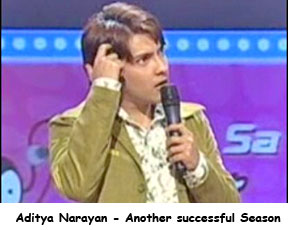 Even SaReGaMaPa has now reached its penultimate stages and the last studio rounds were completed this week. After last weeks fiasco, this week the show saw fun and masti; devoid of any drama. The two judges were absent from the show this week and their absence was felt very much. From the performances on Friday, it was evident that even the contestants took things too lightly in their absence. But Saturday saw some energetic performances, lots of fun and frolic and some very touching moments too. It was indeed overwhelming to meet the second celebrity guest of the show Tejashwini and Akshay's interaction with her was indeed very touching. Another host who deserves a big round of applause is the host of L'il Champ – Aditya Narayan. He completed yet another successful series and he has truly metamorphosed into a brilliant host like his predecessors while emerging with a style of his own. His interaction with the kids, judges, audience and the celebrity guests was very endearing. 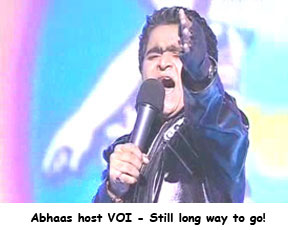 If two shows have reached their final destination then there are two shows, which have inched away from it. True to its reputation, Star VOI has repeated something that it has been doing from the very onset of this show. The show producer seems to be too fond of stretching the show. The show after reaching final five got two extra contestants in through Wild Card round and the Challenger round. Now this week they decided to stay away from elimination. Yet again the show is looking for the top five. How fair would the decision be now if one among the previous top five gets eliminated next week? Showing self created drama through AV's is becoming a common feature of this show. Where hosts of other shows are doing so well this is one show where the host has fallen short in the anchoring department. Abhaas Joshi though highly exuberant and a brilliant singer has failed to have the show under his control as expected from a host. This was the second week in a row where he was told off and this time by one of the judges who objected to his comments. He needs to get a grip on his comments and style. 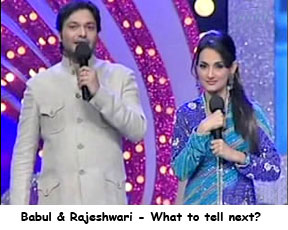 If any other show can beat VOI for stretching a show and not following any format whatsoever, then it's definitely K for Kishore. This show is one show which is too inconsistent, be it performance wise or judges ratings or even the format. The show after reaching final six now took six more challengers. Last few weeks it seemed the performances of the contestants were improving, but this week all such hopes were dashed with some miserable performances by all the contestants. The viewers are still unclear about the objective of this show and it seems so are the judges. The hosts don't look very familiar with the proceedings either.


To deliver a successful show - apart from talents, three more things are also required - Clear cut format, Good packaging and good anchoring. If any of these departments fall short, the show also collapses. It's time all the channel houses pay attention to this and deliver what it promises at the onset. 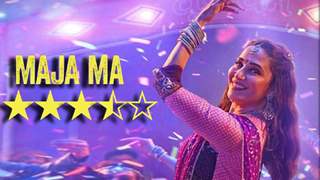 14 years ago i dont think that prachi will do well in bollywood..

+ 2
14 years ago congrats to prachi she deserved to win..ur awesome

14 years ago rajeshwari is really pretty.. i luv her outfits!!

hina1k 14 years ago its true.if the achor does not hold the audiences attention or interacts well with participants, judges and guests then the show would drag to watch.
Aditya was doing a fab job. he even had good answers for all kinds of situations. Shaan was good but he seem to lack confidence in the begining.

+ 5
14 years ago Simone is something a complete package no doubt. charming words with grace.

Reagarding abhaas i have not seen much of him.. lekin i think freedom of speech is bounded for him.

Adi the chocolate boy.. he is much pampered by all and a level of comfortness in there... he is young doing not a bad job.. lekin he should improve his dialogue delivery..

K for Kishore anchors remind me of Dordarshan news reporters..:D

14 years ago in conclusion, aditya is the BEST!!

14 years ago I have always loved Simon Singh as an actor and as a host. She personifies gracefulness.. She has done a gr8 job with MU too, though I was lucky enough to catch only a few episodes of the same...

I personally think that Abhaas is doing a very good job.. He is young himself and he has caught on to the feel of the show very very well... Gajji anyway seems to dominate all the judges and he did that with Shaan earlier too.. So Abhaas should not be blamed there... The best thing abt him is his spontaniety to react and he feels completely at ease with the stage... I think he is going a good job.. but yes, he is still a lot better singer IMO

Aditya Narayan on the other hand has never caught my fancy as a host.. He may have improved somewhat from where he started, he still looks extremely stiff to me.. and does not seem to be give a feeling of warmth and comfort to the audience as such... He does not create a very lively atmosphere and seem to have a constant and monotonous style and repeated lines... Sorry - thats not what I expect from a host!

Babul and Rajeswari are probably the worst of the lot and hence no comments on them..

14 years ago When looking at hosts alone:

Simone singh really is worth all the praise she is getting... she does a fantstic job in delivering to the audience exactly what we need to understand each mission. She does it with alot of grace and fantastically.

Aditya: hmm where do I start, he really is an AMAZING host. He delivers everything from comic relief to inside information. He really has come out with his own style and is the rightful successor of a SRGMP host. Now when a new host comes ppl will be missing Adi. The way he interacts with the kids and judges is perfect. He makes sure not to drag on too much and he never crosses the lines. The best thing is that he thinks b4 he talks and makes sure that everything he says is interesting he is def my fav =) The way he pulls off the hosting is def above the rest! Hats off to you Adi!!!

Abaas: hmm... I know alot of ppl say that he is young and still has alot to learn but he is only a year or 2 younger than Adi, and a whole season is almost completed. Yet he still seems to be yelling in the mic and trying to be funny more than anything else. YEs it is a kids show but sometimes its good to be serious. Also, he really needs to think b4 he talks, getting yelled at once should have made him learn but I guess it didnt. I really feel sorry for him at times but I think he should come out with his own style. instead of just saying the same things Shaan said. I think he really needs to sit down and watch himself, take notes and practice infront of a mirror :)

Babul and Rajeshwari: No comment... one host doesnt let the other talk, while when the sec host starts talking its hard to understand him >_>... at times Idont even understan whats going on and if im not mistaken it is the hosts job to relate to the viewers what they dont understand, yet, they seems lost themselves lol!!

+ 3
14 years ago This week, Mission Ustaad is the only show that I enjoyed. Simone Singh is indeed a great host! She cretaes an impact and yet does not get overdramatic. It was indeed tough to hold ground in the midst of so many celebrities and she did a fabulous job.Very elegantly handled.

Aditya has really improved.His easy camaraderie with one and all and also the way he conducted himself in the face of adverse situations is praiseworthy. He seemed a lot natural in his presentation and his performances blended very well.He was like the Big brother in the show.

Babul Supriyo should stick to singing- hosting a show isn't his forte.Rajeshwari on the other side has too much to say.

Abhaas- although he is just about a year or two younger than Aditya, he has Miles and Miles to go, before he can even be considered as a host. He should contain his bachpana.At times a little more seriousness is required, otherwise no one takes seriously.The way he has been brushed off, first by Gajendraji and then by Kunal also shows that he is not being taken seriously by them.

I will personally miss Mission Ustaad.