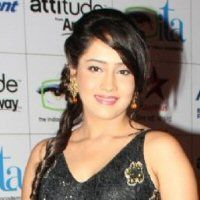 Aasiya Kazi who rose to fame with Imagine's show Bandini has been out of action from Television for a while. From our reliable source, we came to know that the actress has recently given a look test for the role of Simar for Sasural Simar Ka.
"Yes I did go for the audition and have given the look test but haven't got any revert from the other side. Thus I really can't comment on anything right now," says Aasiya.
So is Aasiya all set to replace Dipika in the show? She says, "I had no clue that the role is of Simar and only realized it after going for the audition so it would be cliche to comment on this right now. There is a privacy policy between me and the channel and as I said before that I was not called back so it would be unfair to comment on replacement."
When asked Asiya if she was approached to play a lead for any show in future then will she opt for it? This is what she says, "Again it all depends on the situation. I will think and then only move forward as I've always done. Although currently I'm on a deliberate break as I don't want myself to over expose. I want to return back with a good show."
"I do get offers but things are not working out. Beside storyline there are other important factors to consider so lets see what happens. I'm very regular at the auditions and look test but don't know what may click. So currently I'm enjoying my self at home and preparing for my brother's marriage which will take place by the end of the year," concludes the actress.
With this at least one thing is confirmed that the channel and production is looking out for Dipika's replacement as Simar. Keep reading this space for more further happenings.
16 Likes

shriankita 6 years ago Dipika samson u always rocks
whether in future u come in any show or not , it does not matter for us , but u have left this show is a lot to us .
Taking rest at home without any job is much better than doing a show in which your character keeps no importance
Thanks once again for leaving this show . Our best wishes r always with u . May god bless u

Avika.Gor 6 years ago Haha what nosense dont know about ages but by look she is younger tehn Dipika. Aasiya Kazi is beautiful and as actress she rocks. Happy to hear this, Dipika quit by her mercy no one force her to left. Same as Shoaib he thinked that will be more popular without this serial, where is he now ? I nitice that she lie she said this is her fist serial, and haved before 2 more popular or not haved them. Peeps love more Roli and Siddhant I am pretty sure. Will pray Aasiya Kazi come in SSK.

Avika.Gor 6 years ago No talk about leap. Then Aasiya to call Roli aunty xD no way we love more RoSid. Loved Dipika but her interw lastes are tooo much stuupid, that I started to change mythinking about her. Wish to her all the best in life again.