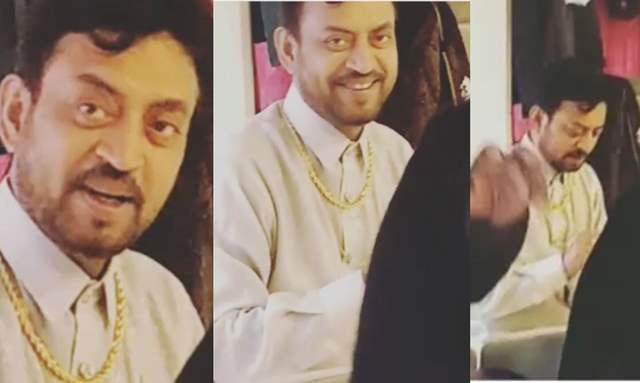 It’s been a year since Irrfan Khan left all of us after his two-year-long battle with cancer. He is one of the finest talents in the history of Indian cinema and his loss will always be difficult to fathom. His son Babil Khan often shares memories of his father or expresses the conflicts he faces with heartfelt notes.

Now, Irrfan’s wife Sutapa Sikdar shared another throwback video from the sets of Angrezi Medium and penned a touching note.

The video featured Irrfan sitting with his team in the vanity van and watching them play cards. The song ‘Ude Jab Jab Zulfein Teri’ is playing in the background. The late actor’s wife can be heard asking Irrfan, ‘Kitna meetha gaana hai na, Irrfan?’ to this, he nods his head and smiles at her.

Sutapa got nostalgic as she mentioned that he was not well on this day and asserted that she is craving for his indulgences.

“Three years ago with irrfan's team in London shooting.he wasn't well this particular day but who can tell..hated playing cards but tirelessly witnessed reading his book and saw us playing even in the makeup van.i crave for your indulgences Irrfan#shootingwaits #AngreziMedium#wivesenjoying#imissyou,” read Sutapa’s caption.

On Irrfan Khan’s first death anniversary, his wife Sutapa Sikdar took to social media to pen an emotional note and shared some heartbreaking moments from the night before he passed away. Taking to Facebook, Sutapa recalled how she along with Irrfan's friends were singing songs to him in the hospital April 28, 2020, a day before his demise.

After battling with the neuroendocrine tumour for two long years, Irrfan breathed his last on April 29, 2020. It will always be considered as a dark day as cinema lost one of the finest actors to have worked in the industry and his unfortunate demise shattered all his family, friends and fans. 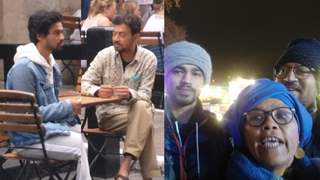 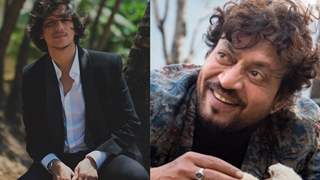 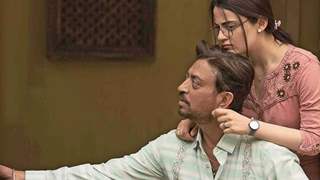