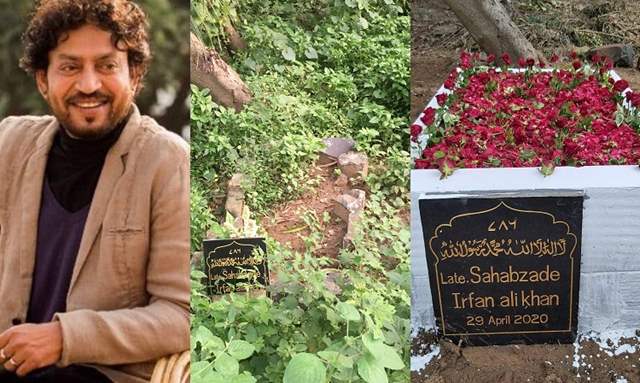 Even months after Irrfan Khan’s sad demise, the actor is deeply missed and adored by his fans, friends, close ones, and colleagues. It was recently that the actor Chandan Roy Sanyal paid a visit to the late actor’s grave. He shared a picture of it on social media, with an emotional note, after which many fans expressed their disappointment over the condition of Irrfan Khan’s grave.

Later, the late actor’s son Babil Khan posted pictures of the grave and mentioned his Baba, loved the wilderness. After Irrfan Khan’s youngest son Ayaan Khan cleaned and watered his father’s grave with some flowers, his wife Sutapa Sikdar shared a picture of the decorated grave.

On Instagram, Sutapa Sikdar posted a picture from Irrfan Khan’s grave. The mother to two shared a picture from her husband’s grave and penned down a long caption talking about the celebration of life and death.

Irrfan Khan’s grave also sees a black coloured stone with his name written on it. Meanwhile, Sutapa Sikdar’s post’s caption was from Nobel Prize winner Louise Gluck, which speaks of the celebration of life after death.