View Profile
Interview with Luke Kenny
How do you feel after the success of Rock on?
Absolutely Fantastic! Such a ride, such a rush that people made it successful across all regions, wherever we went  touring places like Delhi, Mumbai, Calcutta, Bangalore and seeing the people who have  taken up so much of the film, 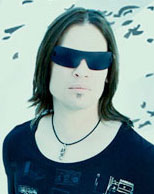 How was it working with Farhan and Arjun with Purab?
Oh great! I have done a film with Purab and I know Arjun from his modeling days. I thought I will be working with actors technically they are but I ended up working with friends. They were all so great to be with, we were all on the same wave length musically and also in tuning to the world. They are so down-to-earth guys, Purab I knew from before he is a sweetheart, Farhan and Arjun, have been the same, it was absolutely fantastic as. Rest of the crew also like the director Abhishek Kapoor has sensibility and aesthetic in making the film, it was just amazing to work with.

What’s your favorite band? Are you a hard core rock lover?
Oh, yes of course, Rock has been the part of my life, since I have learned to walk. Ever since I learned to walk I have been into rock (hehe. Because that’s the kind of music that has shaped the attitude of music in general, it changed things, life and the way social culture has evolved. Rock has always been like my second life. I have many favorite bands but my the favourite is ‘The Beatles’ because they started the whole change in the way popular music is established, recorded, produce, and performed.

Any live concert you went to?
Yes I have attended many live of concerts; I keep visiting them from time to time.

What has been your most memorable moment on Rock on sets?
Lots of them! Like there is a scene, between me and Purab, in the Jazz bar where we talk about how things have changed. Then with Arjun in the graveyard where I tell him things happen you have to accept it and move on and life doesn’t give you a second chance. With Farhan when I tell him let’s get together an 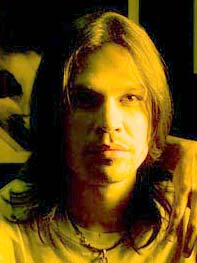 d make music again, then Farahn character say music only needs  2 or 3 people we don't need to have everybody and then I say then it won’t be “Magik”.. These are the scenes I had with the 3 guys that was really nice and we talked about our life in general , it was memorable, there are certain things in life which you started with somebody and you can’t carry it on unless they are there with you, because if they r not there it’s not the same thing…

Tell us about your future projects?
Nothing yet because I am one of the most unconventional casting of the film, so whenever a film is being made and they are looking for some unconventional characters then I will get some. But there are people calling me up so may be something may get develop anytime.

Message for your fans?
Thank you very much for appreciating the film and getting up encouragement to make more such films. We hope that we guys have become the change that you guys wanted to see in Hindi films and we hope to continue this change that you keep responding to.