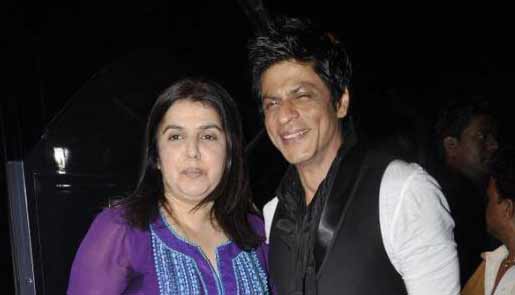 "Farah has a lot of self-confidence, which is amazing. Whenever I think that I will direct a film, I find myself lacking the self-confidence. Also, unlike her, I don't have the clarity," Shah Rukh, who feels he can imbibe the quality from Farah, told reporters here.

"I genuinely think every world has a male-dominated area. It requires intelligence and guts to be in a man's world and say it like it is. Farah exudes power. I think women are respected here, but the kind of respect she garners, is quite amazing," Shah Rukh added.

King Khan, as SRK is fondly called, has several friends in the film industry. But he says he doesn't get ample time to spend with them.

"I'm working at most times. You get to make friends during the time you are working. I have not worked with Karan (Johar) for the last two years, so I have not spent time with him. With Farah, I'm working from the last one and a half years, but before that, for two years, I didn't spend time with her."