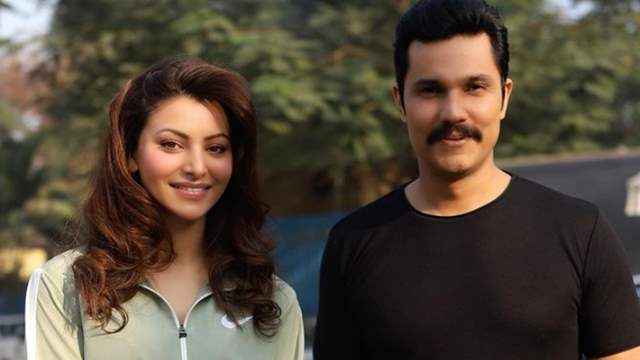 Previously, Urvashi has worked in series and films like “Virgin Bhanupriya”, “Porobashinee”, “Sanam Re”, “The Dance Project”. Next up, she is going to star in a cop thriller alongside Randeep Hooda, where she plays Poonam Mishra, portraying the wife of Avinash Mishra.

Certain aspects of the web series were shot in Lucknow and now the shoot is going on in Chambal. Chambal a place in Madhya Pradesh has previously been known to be a hideout for the dacoits and bandits. A certain plot of “Inspector Avinash” is going to be filmed in Chambal for which the entire crew and cast has reached the location. The plot follows the scene in which Avinash Mishra and the police force get into a shootout with the dacoits like Nirbhay Gujjar and Jagjivan Parihar.

Speaking more about Urvashi Rautela’s professional front, she has signed a three-film deal with the Jio studios, “Inspector Avinash” being one of them. The actress will be seen next in an international music collaboration “Versace” with the Egyptian superstar Mohamed Ramadan.

She also has certain south projects like “Black Rose” and the Hindi remake of “Thirutu Payale 2”. Moreover, she will be doing a romantic plot with Guru Randhawa in the upcoming music video “Mar Jayenge”.