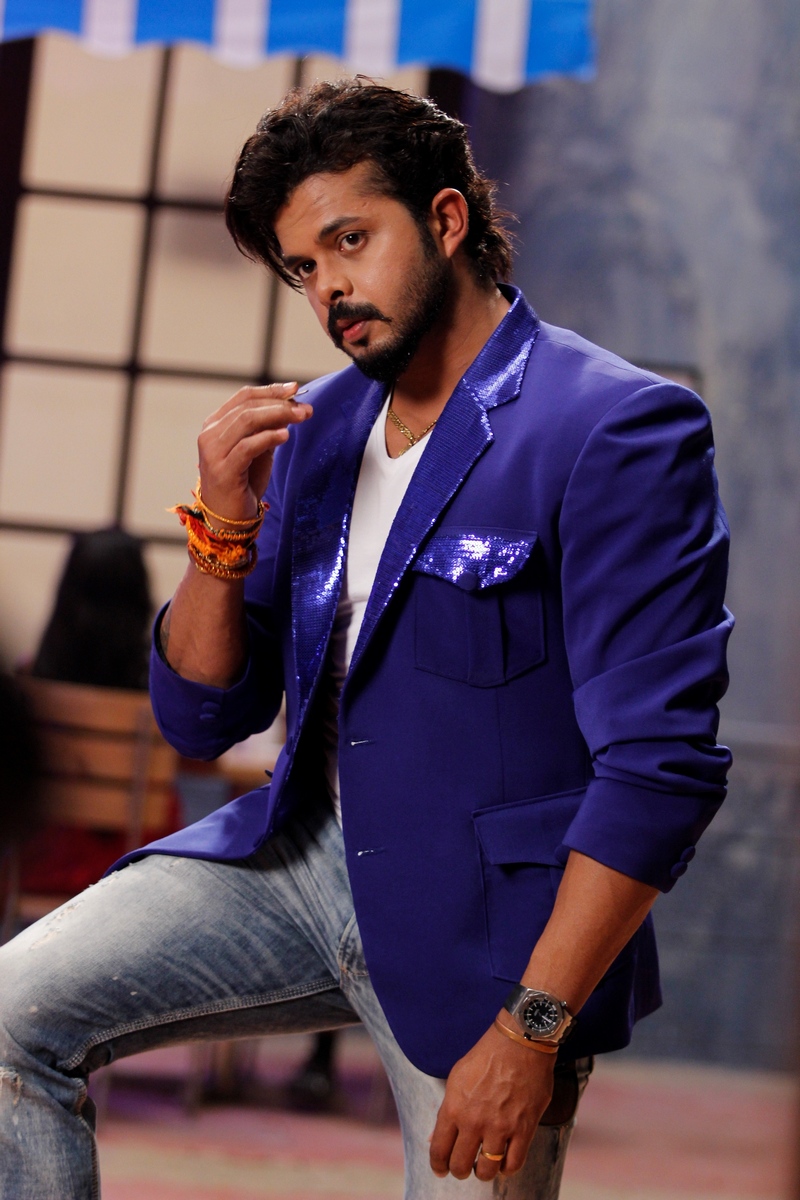 Colors' popular dance reality show Jhalak Dikhhlaa Jaa Season 7 is leaving no stone unturned to amuse the viewers with the power packed performances of the contestants. Each week becomes more and more exciting and thrilling for the celebs, judges and viewers.

As the competition is becoming more fierce, every contestant is giving their best to be on the safe side. Recently on the sets of the show it was reported that cricketer Sreesanth stormed out of Jhalak sets as he was unhappy with Remo Dsouza's comments.

As per our source we got to know that, "Sreesanth recently lost his cool when he got a negative comment for his performance by Remo Dsouza. Sreesanth left the sets in a fit of rage."

Well, the reason for his worry could be lack of votes as he is in the bottom two this time along with face off expert Puja Banerjee.

We hope everything goes fine for the cricketer Sreesanth!

pippa 6 years ago Gosh! This guy is his own enemy and will always be so. Who came up with the idea to have him in the show in the first place? As a Malayalee myself, I feel very bad that he let our side down yet again.

sinipillai 6 years ago Being a malayalee, we were so proud of Sreesanth's success. then he started showing his arrogance and attitude which was heavily criticised by all.. Now he got a second chance to earn that love BUT HE LOSE IT..We know you will never change..WE HATE YOU...

Kays94 6 years ago LOL
people like him don't deserve to be a part of a show like this...

Preethi-Premi 6 years ago lets see if this helps in improving the TRP of the show... :-P

shine_bright 6 years ago I don't even understand why he was called upon the show in the first place! He committed such a terrible thing, to the game and to the country yet he still has the audacity to be such an arrogant idiot on the stage. He should only be happy that he was even approached for something despite his deeds.
Seriously Colors, terrible decision on your part.

shibz 6 years ago @StolenKiss yes..they can only fake praise and blindly give full scores for supposed to be "best coz trained" dancers competing with learners. :)

vrinda22 6 years ago this season really has a lots of stunts from start...

Eccentrica 6 years ago So an ex-cricketer who was caught for match-fixing and had to accept the judgment meted out to him by the ICC, couldn't take a negative comment from Remo. Meh!