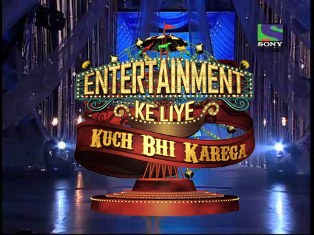 Infinity Group, a team of dancers, walked away with the winner's trophy and the prize money of Rs. 1 million as the winner of the fifth season of talent hunt TV show Entertainment Ke Liye Kuch Bhi Karega.

The grand finale was on Thursday and it saw five finalists vying for the winners trophy.

Infinity Group pipped FAB Group, The Rockstar, Bombfire Group and belly dancer Madhuri Sharma to pick up the trophy, prize money, a smart phone from OLX and a motorcycle from Honda.

The finale was made memorable with performances of the participants, as well as by the presence of actors Sonam Kapoor and Fawad Khan who came to promote their forthcoming film "Khoobsurat".

They danced and entertained at the finale. While Sonam danced to the song "Bumb dole" from the movie, she joined Fawad to launch the upcoming song "Engine ki patri" on the show.

Fawad, a Pakistani star, also gave a shot imitating Shah Rukh Khan, while filmmaker-choreographer Farah Khan, who judged the show, taught him how to dance.

Host Mona Singh sang, while her co-host and actor-comedian Krushna Abhishek grooved on the show, aired on Sony Entertainment Television.

9 years ago ofcourse he does...hes best in everything! God Bless Salman Khan.