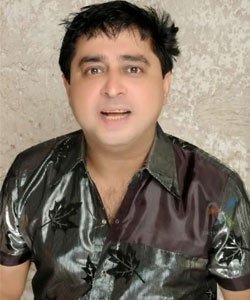 Indresh Malik, popularly known as Rajeev Bhalla of 12/24 Karol Bagh is a lucky man today, as he has bagged two plump roles in upcoming shows produced by Shashi and Sumeet Mittal.

He will be seen essaying the role of Jannat Zubair Rahmani's dad in Imagine's upcoming show, Haar Jeet. In addition to this, he will be seen in Star Desh's show Main Laxmi Teri Angan Ki which will be the love story of a rich and hard working entrepreneur and a simple, full of life girl, something similar to the lines of the love story in the movie Ghajini.

Tellybuzz had already reported that Navin Saini who is seen in the promos of Imagine's Haar Jeet is not doing the show due to date issues. The latest is that Indresh has been finalized to play the role.

Our source states, "In the Star Desh show, Indresh will be playing the spendthrift younger brother of the male lead".

When contacted, Indresh Malik confirmed the news and said, "I have been lucky to get challenging roles on TV. I play Jannat's compelling father in the Imagine show, while I have been roped in to play the younger brother of the male lead in an upcoming Star Desh show".

Imagine's Haar Jeet is expected to launch in the last week of September while the Star Desh show is expected in October.

We wish Indresh all the very best for his twin venture..

Jahapana6packs 9 years ago STAR One/stardesh
we have now already made our minds that DMG will never be back as u all have gone insane but thats ok coz all we wanted was KSG who is the best n will never hurt his fans like U all did, so he will be always there to entertain us.
but u know what today after watching all the comments on the upcoming shows in stardesh in IF i actually feel pity on u. i mean seriously there is hardly single person who is eager to watch ur shit shows.
n by the way coz of u ppl r blaming the whole indian television as there was a comment:
''lack of creativity can easily seen on Indian tv ..now even making re-makes of already copied shows from movies story...''
so now instaed of saying GET DMG 3 WITH KSG i wanna say GET WELL SOON
coz i know that to get our DILL MILL GAYYE firstly u will have to be fine!!!!

yipee 9 years ago nice to see him back...rajeev bhalla was a iconic character in its own way...mummy ji i love simi ji...lol

-Nymphadora- 9 years ago hes an amazing actor-quite a find...all the best to him!

shanti05 9 years ago Great he rocks in 12/24 KB simmi jeee.. so irritating it was LOL , Good actor great screen presence and good luck for his show .. Hopefully the white teeth shine on him

chweetu 9 years ago Great to know..ki he is getting 2 roles at a time..a father n a brother..n he acted so well in KB ki..till date we love to hate him...n who forgets d popular dialogue..Simmiji...yucks..at that very reaction..but thats d impact of his acting..all d best indresh malik ji..