An Indian film entry for the Oscars, makes BIG news. But not always for the right reasons!

Vidhu Vinod Chopra's latest film - Eklavya-A Royal Guard - after having won rave reviews in India & the West, has been selected as India's official entry for the Oscars. While a certain section of the film industry and audience alike, welcomed the decision, another section seemed skeptical about the inclusion..while some outright rejected it. At Telly Buzz, we spoke to some television actors for their take on the matter. 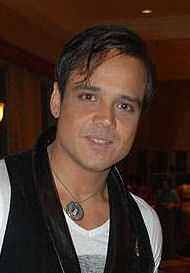 Featured Video
What do you think of Ekalavya making it to the Oscars? Is the jury decision right or wrong?

Any film that represents our Country is good to go to the Oscars. I have seen Ekalavya, and it is a very well made film. I am very happy that it made it to the Oscars. Chopra is a very good director and I wish him all the luck.

What is your take on few comments that this decision has got? People like Pahlaj Nihlani ,Farah Khan, Sajid Khan and Anupam Kher have felt that Ekalavya did not deserve to go to Oscars?

See, a person will have his/her own likes. Few might like entertaining stuff, while few will see funny films, but there might be few who will like the serious films.. So the decision of liking a film varies from person to person.

Will Chopra be lucky this time? What is it that u liked in this film?

This film did not do well commercially. But it is a fact that many of the International films that win awards too do not fare well at the box office. They are critically acclaimed, so is the case with Ekalvya. This film is an Indian cultured film, the cinematography is good. It has its own individuality, it is a fresh script, and it is not an adaptation. So I don't think the decision is wrong. 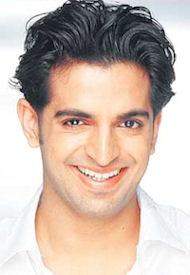 What do you think of Ekalavya making it to the Oscars? Is the jury decision right or wrong?

Frankly speaking, I have not seen Ekalavya. But I have heard a lot about it from my friends who think and react just like me. All have told me that it is a fantastic film and it surely deserves to be there.

What is your take on few comments that this decision has got? People like Pahlaj Nihlani ,Farah Khan, Sajid Khan and Anupma Kher felt that Ekalavya did not deserve to go to Oscars? Few have even used words like 'Disgrace' and 'Shameful' …

It is a silly argument that few are having here, where they claim that a commercial disaster like Ekalavya cannot be sent to Oscars. I feel commercial success and awards do not come hand in hand. If you see, many films which have bagged awards at such levels have rarely been commercial success. The entry to Oscars does not depend on the success of the film, but by its quality.

Will Chopra be lucky this time? What is it that u liked in this film?

Yes. If I have one concern, then it is the process in which these films are chosen. Another thing that hurts me is that there are many phenomenal regional films made, and I want to ask whether they are even considered at this level. So apart from these concerns, I strongly feel that Ekalavya is a well-made film and it surely deserves to be in the Oscars. After all this, i am just curious to see Ekalavya.. 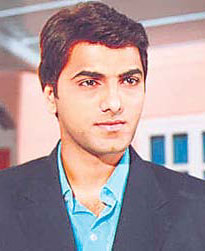 What do you think of Ekalavya making it to the Oscars? Is the jury decision right or wrong?

Frankly speaking, I liked the film. It was nice, but it was not Oscar material for sure. I feel Gandhi My Father would have been a better choice.

How do you think this system of selecting Films for Oscars can be made better?

Let us put it this way, we need to send a film that is exactly matching the sensibility of the jury out there. They have different barometers of judging and our entry to Oscars should match with the setup there. It need not be the best film in India; I don’t think the film needs to be a commercial success. Even Gandhi My Father was not a hit. But what I am saying is that, we should have sent a film that has all the qualities of doing well there. I frankly feel we need to look beyond Hindi Cinema; Regional Cinema has many films that are more sensible and original…

Whether Mr.Chopra manages to strike it at the Oscars, only time will tell. At Telly Buzz, we can only hope the film yields positive results and brings home the trophy! Good luck to the entire team of Eklavya-The Royal Guard!

+ 2
15 years ago I agree with anand suryavanshi. eklavya is a terriable choice the movie was full of jokes and crap. there are lot's of other deserving movies that should go but didn't. eklavya doesn't deserve to go to the oscars thats what I think. this is complete injustice.

+ 3
15 years ago Ekalavya was a fabulous film, with exceptional cinematography, performances and a gripping story.. I think the movie has richness in terms of depicting India and Indians.. The biggest advantage is that it is short and does not run to too many reels..

I will keep my fingers crossed and i have not lost hope that this movie would get us back an Oscar...

+ 2
15 years ago either Gandhi my father or Chak de India deserved to go.Eklavya is really a bad choice.

+ 3
15 years ago Somewhere down the line, i feel that Ekjlavya might jsut be the right choice...
It was a terrific movie... but lets see.. only time can tell, what's in store...

+ 5
15 years ago HMmm no yaar..
this guys will definetly tell its good choice, coz who wants to take panga with Big B

15 years ago I don't know how Eklavya will do, but the format of film fits the preferences of the west, so it has a chance to win...hopefully!

+ 3
15 years ago eklavya was made really well...i mean the effect wise speakin....it luked great on screen....but there are other movies too like Gandhi my father.......but eklavya entry duznt depress me either.....i hope finally after these many yrs india wins foreign film