It's a fact commonly known that Indians reside all around that globe, so it should not be unusual to find one Indian or the other at any part of the world one may visit to. Saying this, it's no wonder that Hollywood movies, which bring with them diversity and universal appeal, have had quite a lot of meaty Indian characters in many of their movies over time. BollyCurry take a look at some of those popular Indian characters who have shone a light on the Indian culture in Hollywood movies.
The Bhamras  - Bend It Like Beckham 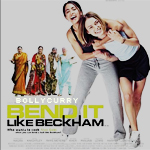 The Bhamras, a Sikh family living in London in the 2002 released movie Bend It Like Beckham, was the perfect portrayal of a family possessing two separate sets of thoughts but living under one roof. While the older generation was adamant on sticking to the status quo of being traditional, the younger generation struggled to break free and make their own path to walk on by striking a perfect balance between keeping intact the old values and adapting to the new norms.
Gobinda - Octopussy 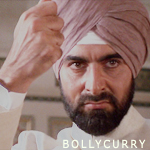 The super popular Bond franchise saw a secondary villain in the shape of Gobinda in the 1983 film Octopussy. While Gobinda (played by Kabir Bedi) was mostly the primary henchman to the film's main villain, his character was by no means insignificant. He showed efficiency by being talented at many things, be it serving his master or fighting off bravely against Bond. A cool and suave Sikh who never gave up but ultimately falls to his death.
Rajit Ratha - The Amazing Spider-Man 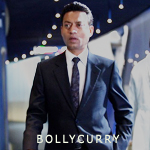 The 2012 movie The Amazing Spider-Man showed Dr. Rajit Ratha (Irrfan Khan) as the Director of Business Development in the Biogenetic Division of Oscorp in Manhattan. Not only it was a pretty meaty role with quite a fascinating fictional job title, his experiments were the reasons the movie not only got its hero but also the villain.
Mola Ram - Indiana Jones and the Temple of Doom 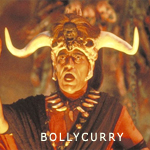 The leader of the Thuggee cult, Mola Ram (Amrish Puri) was everything a perfect villain could and should be. He was mean, manipulative and did everything that ensured he got everything he wanted. From the way he dressed as a pure dark pandit to the way he carried himself, he instilled fear in all who came in his way. But like all things evil, he finds his doom in the crocodile infested lake in which he falls from a mountain and meets his death.
Brij Nath - Mission Impossible: Ghost Protocol 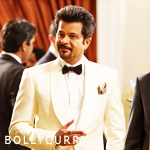 Brij Nath (Anil Kapoor) was a Indian telecommunications entrepreneur but with links to Russian terrorists. He was a vital character for the villain of the movie for his ultimate evil plan to work but it was thwarted by the heroes of the movie. Brij Nath was a billionaire and he showed it well via his majestic exhibitions of rare Indian paintings and art collections. Not only this, he was a well played womanizer as well.
Various Characters - Slumdog Millionaire 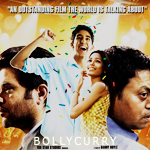 From the locations to the characters, the Oscar winning movie released in 2008 was based solely in India. The film offers a whole ensemble of Indian characters. Be it the thieves who kidnap unguarded kids in the dark and make beggars out of them, to the girls who are sold to brothels, to the guys who grow up to be goons, tor the one who makes finding his childhood love the sole purpose of his life, every character is a perfect portrayal of Indians living in India and their daily lives.
Pi Patel - Life Of Pi 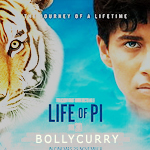 The 2012 Oscar winning flick showed the adventure of Pi (Suraj Sharma) as he was stranded on the sea, floating with a vicious tiger. Pi was a character who was in some ways traditional yet a lot different from others. For instance, he chose to shorten his name from Piscine to simply 'Pi' because of mispronunciation from his peers, something like most Indians tend to do in foreign lands. He also chose to endorse all three major religions just to be close to God, disregarding his father's adamant insistence that he sticks to Hinduism, which only adds to his beautiful and chaotic mix of contrasts.
These are only some of the famous Indian characters portrayed amazingly in a few Hollywood movies. Who amongst them is your favorite? The comment box is there for your feedback!
Author: Maisooma B.
Editors: Saraa K and Jenifer Y.
Graphics: Fizii
Do you have a suggestion or comment for BollyCurry? Drop us a PM at BC_Dropbox today.