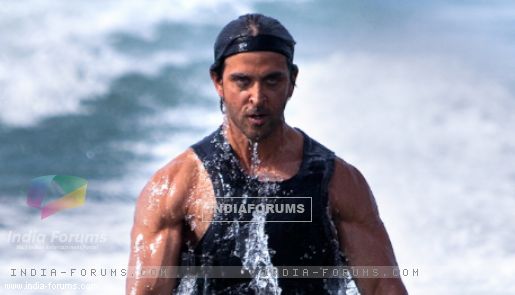 Actor Hrithik Roshan is currently happy and content in his space as an actor, but when the time is right and if he has a subject, he may go behind the camera to direct a film. However, he says "it will take time".

His father Rakesh Roshan is a successful director and producer of films like "Kaho Naa... Pyaar Hai" and the "Krrish" series. Does Hrithik see himself branching into these fields in future?

Well, the actor didn't rule it out when he asked this at an event here Friday.

"I'm going to be living till I'm 90 years old. I'm going to be absolutely unstoppable and my service to the world will go on to the last breath of mine. Having said that, directing a film is may be...all I can say is, something has started," Hrithik said.

He finds it to be a "difficult" process.

"To direct is not just to make a film. You have to be a leader, like a CEO of a company, or say like my dad! He's incredible, he's a boss who's also a worker...and there's a lot that goes as far as a director are concerned.

"But I'm a man who loves challenges...I don't like to live in fear. So maybe in time, I will be directing," he added.

As of now, his entire focus is on "Bang Bang", his big ticket film, slated to release Oct 2.

"Right now, "Bang Bang" is releasing and it just reaffirms the fact that I'm pretty okay at what I'm doing...so I can last a few more years doing what I'm doing."