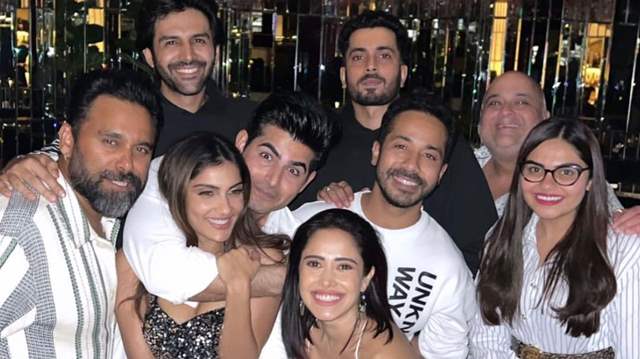 Pyaar Ka Punchnama and its sequel is still one of the most popular films for the millennials. The cast did a commendable job and the dialogues of the film still hold a place in the hearts of the fans.

A few pictures of the cast members of Pyaar Ka Punchnama 2 including Kartik Aaryan, Nushrratt Bharuccha, Sunny Singh, Omkar Kapoor and others have been making rounds on the internet as they all reunited for a blasting party hosted by Ishita Raj Sharma.

In one of the picture we could see the cast members recreate the poster of the film. Other pictures were delightful selfies of the stars. Kartik Aaryan was dressed in a casual attire with tee and pants. Nushrratt on the other hand appeared sizzling in her white halter neck dress. 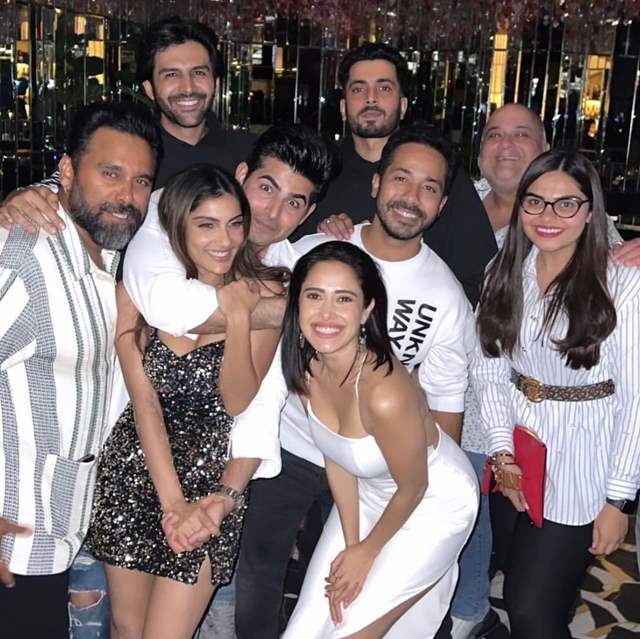 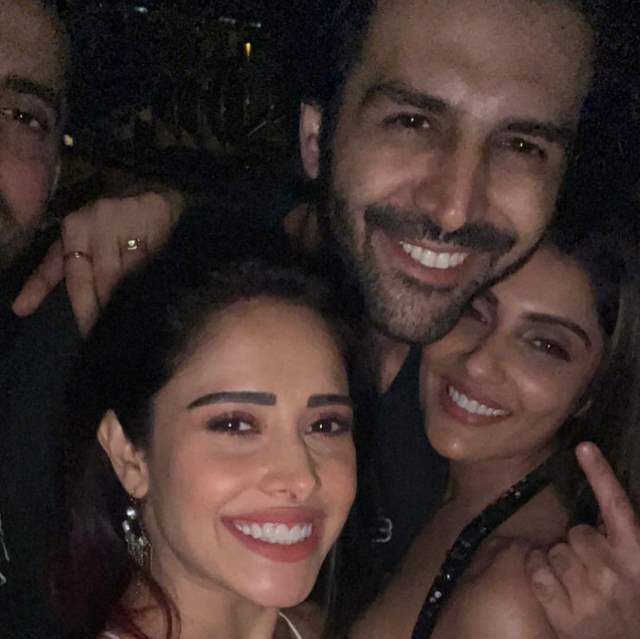 For the unversed, the 2015 romantic comedy Pyaar Ka Punchnama 2 is a follow-up to the 2011 film Pyaar Ka Punchnama. Luv Ranjan directed both of them where the latter is produced by Panorama Studios Production and Viacom 18 Motion Pictures. The movie stars Sonnalli Seygall, Kartik Aaryan, Omkar Kapoor, Sunny Singh, Nushrratt Bharuccha, and Ishita Raj Sharma. The movie premiered on October 16, 2015.

Kartik Aaryan's monologue in the movie became so popular, that he is still recognised for it and requested to deliver it even during his most recent promotional events.

Talking about Kartik, he was last seen in the film Bhool Bhulaiyaa 2 that marked several box office records and received rave reviews from the audience. He has a bunch of projects in the pipeline like Shezaada, Freddy and others.

Nushrratt on the other hand was last seen in Janhit Mein Jaari and was lauded by the audience for her unconventional role.

+ 12
2 months ago the trio look nice together