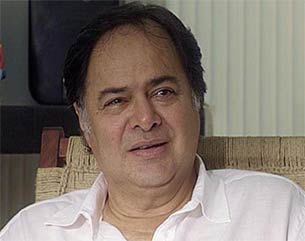 The shooting of Farooq Shaikh's last film "Youngistaan" wrapped up with five kg of Indian sweet jalebi from the late actor's favourite sweet shop in Indore.

Producer Vashu Bhagnani ordered jalebi for the entire unit when the film was wrapped up Dec 28.

Vashu said: "In October, Farooque saab had personally got us jalebis from this particular shop and force fed all of us. I am not a jalebi guy. But I enjoyed Farooque saab's insistent warmth.

"On the last day of shooting, we celebrated his positive spirit by ordering his favourite jalebis in Indore."

Farooque, who died Dec 27 following a cardiac arrest in Dubai, is said to have completed his shooting for "Youngistaan", including a scene featuring another actor who is yet to shoot for it. Ajay Devgn was to make a guest appearance in a scene with Farooque. The late actor shot the scene without his co-star.

Vashu is unwilling to reveal much about the scene that Farooque shot with his ghost actor.

"All I'll say is, Farooque saab insisted on shooting a scene with a superstar without the superstar's presence. True to his nature, he made sure no one was inconvenienced by his sudden departure.

"I've encountered all kinds of actors in my career as a producer. But I've never met anyone as kind and generous as Farooque saab."

Vashu feels his son has transformed in the late Farooq Shaikh's company.

"I think Jackky is now a changed person and actor. He has evolved as a human being and an actor. They did a two-week workshop together. It proved to be a mind opener for my son. Farooque saab took Jackky under his wings, showed him how to open up in front of the camera."

Bigg Boss 14: Teaser Promo of Nikki Tamboli is Out
14 minutes ago

Neha Mehta aka Anjali Wanted To Return To 'Taarak Mehta..' ...
48 minutes ago

Star Plus' Ghum Hai Kisi ke Pyaar Mein To Go To Nashik For ...
53 minutes ago