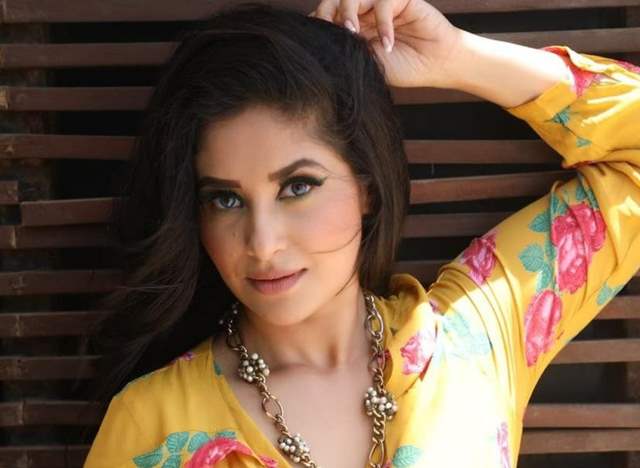 Actress Shubhaavi Choksey aka Mohini Basu of 'Kasautii Zindagii Kay 2' is known for her ethereal on-screen presence and spectacular performance opens up about her friend circle in the fraternity. The actress who earned the love and attention of the audiences despite of the show having a multi star-cast is one of the prime characters of the romantic saga.

Shubhaavi who started her career back in early 2000's with Kyunkii Saas Bhi Kabhi Bahu Thi as Meera Singhania opened up on her friend circle in the fraternity. The actress says, "I have been in touch with all my co-stars since Kyunkii days, be it Rakshu (Rakshanda Khan) Sakshi Tanwar, Mahesh Shetty etc. I am on and off in touch with them."

Talking about the nature of the industry she says,  "In a world full of 'work & forget' I am in touch with all my co-stars because whatever bonds I made are pure. Even in Kasautii.. Erica, Pooja, Hina, Sahil, are very near and dearer to me. Even during the lockdown, we used to talk to each other via video calls and text messages." she concluded.

On work front, Shubhaavi is currently seen in Kasautii Zindagii Kay as Mohini Basu. The actress made a come back after 6 years had played the role of Promila in the 2018 film 'Dhadak'.

Payal Ghosh: If I am found hanging from ceiling, remember I ...
2 minutes ago

Arjun Rampal is Home Quarantined as his co-stars Anand ...
2 minutes ago

Mohsin Khan gets injured on the sets of Yeh Rishta Kya ...
9 minutes ago

Breaking
Breaking Namish Taneja back on ‘Aye Mere Humsafar’ sets after ...
37 minutes ago

No Escape Plan for Rakul; To Appear for Questioning before ...
44 minutes ago

Deepika Padukone to Reach Mumbai From Goa in Charter Plan; ...
59 minutes ago