View Profile
All is not well between director Soham Shah of 'Kaal' fame and latest kid-on-the-block Imran Khan who happens to be the protagonist for Shah's latest offering; Luck. 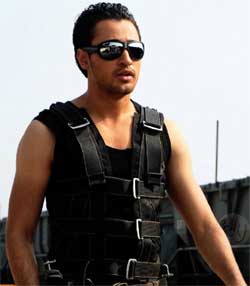 Featured Video
Sources have revealed that both Shah and Khan have had their fare share of differences during the shooting of the movie and on several occasions Soham has had to put his foot down to assert his authority.  However actor and director seemed to have made up and were recently seen posing together for pictures at the movie's promotional event.  But since then, matters seem to have deterioted again.
A Bollywood insider reveals," The reason for Imran being miffed on Soham now is because of the promotions of Luck. First it was the Bhojpuri superstar Ravi Kissen who was hogging all the limelight in the promos and now Shruti Hassan's bikini act is stealing all the thunder away from Imran, who is left struggling to find space on the billboards with the rest of the cast. It is learnt that Imran is mighty upset with his director and feels that the promotions are damaging his image as a leading hero."
Bollycurry hopes that Imran and Soham can get over the differences and work towards promoting the movie as after dud like Kindap and Kaal respectively, both need a little bit of Luck to make this one work.
Author: Tomiko