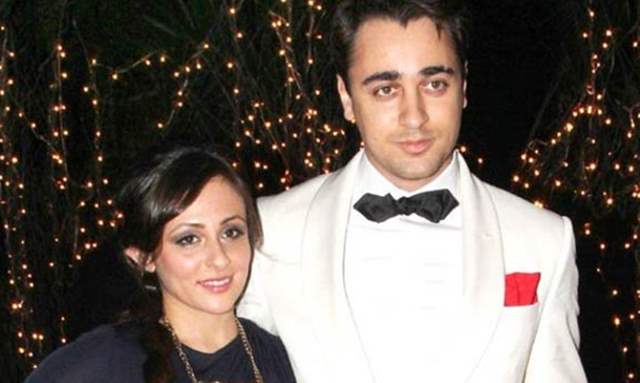 Earlier, back in 2019 Bollywood witnessed Imran Khan and wife Avantika Malik’s split. Its almost been two years since the couple’s split and no statements have been rendered from either of the sides. It was also speculated that Imran’s failing career was the reason behind consequent fights between the couple, Bollywood Hungama report narrates a totally different story.

As much ecstatic, we become on hearing about a new affair in Bollywood, so much disheartened we are left on hearing the news about a couple's divorce.

Now, a recent report has surfaced the news which addresses the real reason for Imran’s broken marriage. If we are to go by the reports, Imran’s marriage with Avantika collapsed due to the third wheel.

The report quoted a source saying, "Imran and Lekha have been seeing each other for some time. Lekha's husband Pablo Chatterji and Imran were close buddies but a roaring affair between the two started without anyone's knowledge. In fact, after Avantika moved out of the bungalow, Imran has started introducing Lekha to his circle as well. This has also brought Lekha's marriage on the brink of a breakdown. Both the families are completely scattered at this point."

The report further quoted Imran’s neighbour who said that the Delhi Belly actor had rented or bought a place near his own house, to meet his new ladylove.

"Lekha can be spotted going in and out of the building in the wee hours. It is very close to his own house at Pali Hill, Bandra. Imran is waiting for the divorce to come through to announce this new relationship," said the source.

Is that the reason Avantika Malik has been sharing cryptic posts? So far, she has reflected upon a plethora of subjects, including, ‘importance of communication’, ‘Hard Times of Life!’, ‘One Last I Love You’, and ‘Hints at Troubled Marriage’.

sipu261988 2 months ago Useful and authentic Contents or information, my authentic website is similar to your wesite and we request for backlink's exchange. Newsindia24live.com

2 months ago Omg...this is shocking 😲