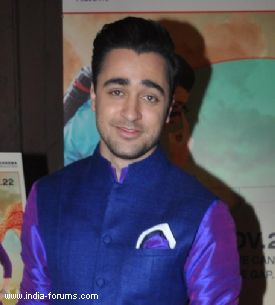 Actor Imran Khan has been awarded by animal rights organisation People for the Ethical Treatment of Animals (PETA) India for stopping a trainer from hitting a canine on his film set.

Imran was reportedly shooting for "Gori Tere Pyaar Mein" when he saw the dog trainer smack a dog. He immediately walked up to the trainer and pushed him in order to stop the abuse.

PETA has now sent Imran a Hero to Animals Award and a basket full of dog-shaped vegan gourmet chocolates prepared by Pune's Ambrosial Chockies as a mark of appreciation for his deed.

"This dog would have been terrified and endured more abuse were it not for Imran's compassionate and quick action," PETA India manager of Media and Celebrity Projects Sachin Bangera, said in a statement.

"We encourage everyone to stop and speak up for animals who are subjected to pain or suffering, because if you don't, maybe no one else will," Bangera said.

Other recipients of PETA's Hero to Animals Award include Zarine Khan for rescuing a cat from the streets, Cyrus Broacha for refusing to perform a stunt that involved riding a bull and Rani Mukerji for helping a dog in distress on her film set.