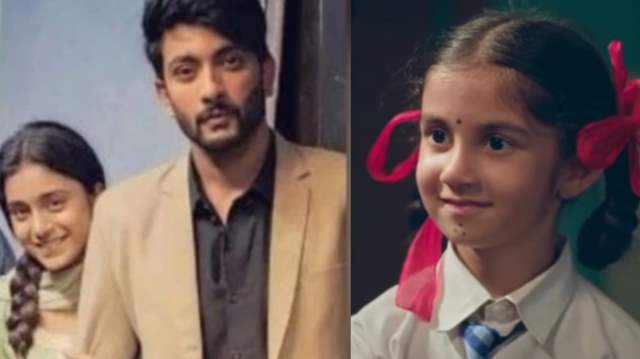 Star Plus show ‘Imlie’ has kept the fans glued to the TV screens. The show has taken a five years leap with Aryan and Imlie separating. Imlie has rescued Malini-Aditya’s baby and is bringing her up in Pagdandiya. As per the current track, Aryan has landed at Pagdandiya to teach a lesson to the reporter who’s responsible for maligning Bhaskar Times’ image. However, he is unaware of the fact that Malini made a journalist from Bhaskar Times file a false report in order to defame Pagdandiya and girls of that village as a revenge against Imlie.

In the upcoming episodes, Girish kidnaps Cheeni and brings into the lodge. Cheeni bravely handles Girish. She tries to escape but Girish raises his hand on her and that’s when Aryan enters the scene and heroically rescues Cheeni. Cheeni gets impressed with Aryan’s bravery. Girish escapes. Aryan and Cheeni share a conversation. Cheeni’s banters make Aryan remember Imlie. Aryan asks for Cheeni’s name and she does the same. Aryan informs his full name to Cheeni but she forgets to remember it.

Imlie runs to search for Cheeni in the lodge. Girish escapes from there and informs Malini. Malini’s plan of creating a medical emergency at Rathore house fails. She panics getting Girish’s call as he informs her that someone rescued Cheeni.

Furthermore, Police enters the room and takes Cheeni with them. Imlie rejoice seeing Cheeni. She informs Imlie that a hero saved her. She asks for the hero’s name but Cheeni fails to recall. Cheeni asks Imlie to thank the hero himself and takes her towards the room where Aryan is staying.

Imlie and Aryan are about to come face to face.

+ 5
4 months ago Fahmaan Khan is absolutely right. "Aryan is heartbroken & shattered, whereas Imlie is hiding her pain in her smile!". They deep understanding he has not only for his character but also of Imlie is very refreshing.

Anusha 4 months ago I would like to see Aryan and Imlie get together in love soon. This time, it would be nice if the two faced all the problems with love. Otherwise, we viewers will be very confused.

+ 5
4 months ago Fahmaan Khan is slaying it is Aryan Singh Rathore and this corroborated by him trending daily this past week... Keep up ghe good work...

+ 5
4 months ago After so many days our calculative hero is back. And the smile he was having while talking to Cheeni

+ 4
4 months ago As per expectations it was Aryan aka heroji who saved cheeni like before. Aryan called her sugar , what a connection . Loved heroji and sugar scenes. About AryLie meet will Aryan really see his sukoon in front of him? I don't want it so soon. Let heroji and little miss sugar meet more first. Let miss sugar praise heroji more in front of Imliya. Wonder what will Malini do to bring back Aryan?

+ 12
4 months ago Some bonds are beyond any tags.The bond of hearts Aryan x cheeni 💞

+ 7
4 months ago I'm liking Aru and cheeni bonding.. waiting for the face off.