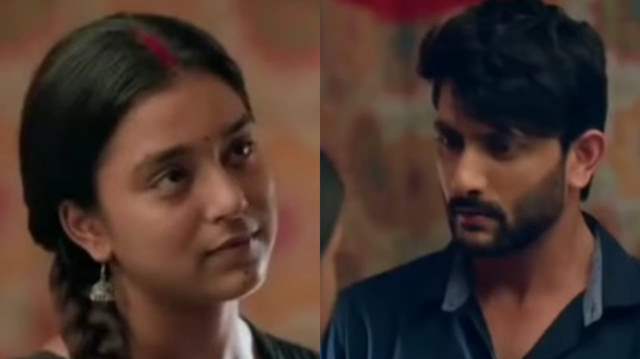 Star Plus show ‘Imlie’ is getting quite interesting with each passing episode. The current track of the show revolves around Malini trying to trap Imlie on fake charges of making spoiled ladoos for the kids od Cheeni’s school.

In the upcoming episodes, doctors treat the children suffering from food poisoning. Doctor states that Cheeni needs blood. Imlie cries for help. Aryan learns that his blood group matches to Cheeni and thus he can give blood to her. Imlie remembers how years ago, Aryan helped Cheeni by giving his blood. Cheeni gets out of the danger. Doctors inform the same to Imlie  and she gets happy but Aryan blames the entire incident on Imlie and gets her arrested. Imlie repeats and states that she is innocent but police drag her.

In the flashback, it is shown how Malini manipulated Aryan and put the blame on Imlie for being ignorant and making spoiled ladoos. She tells him that in the past as well, Imlie has been ignorant about her own baby which resulted in her miscarriage. Aryan recalls the tragic incident and fumes in rage and decides to punish Imlie.

Cheeni gains consciousness and shares a banter with Aryan. She talks about sharing Imlie’s handmade Ladoo with him. Aryan gets shocked and asks Malini to come along with him with the proof that proves Imlie guilty. They show the video to the inspector and Aryan states that Imlie is innocent as he himself had three ladoos made by Imlie and he is alright while the kids ate one ladoo and fell sick. He also gets a ladoo prepared by Imlie as a proof.

Police releases Imlie. Aryan tells her that he still wants the apology letter. Imlie denies giving the same to him.

+ 4
1 months ago The best character ever created in Imlie is Aryan Singh Rathore. Glad Fahmaan decided to take up this role. No issues with the new montage either. Aryan mentorship will continue

+ 5
1 months ago He doesn't leave a single chance to help her out but he still needs an apology. He just wants to stay near her.