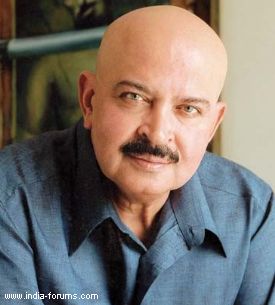 Actor-filmmaker Rakesh Roshan said Monday he is planning a "Krrish 3" sequel but in future will work with Hrithik on a fresh script outside the "Krrish" franchise.

"I'm currently not working on a film outside the 'Krrish' franchise with Hrithik, but I will do a film in the future. I would love to direct him in a fresh script as soon as I'm relieved with this franchise," Rakesh Roshan told reporters here.

"I will start working on the sequel soon. Due to public demand, we may include some sidekick characters as well," said Rakesh Roshan.

Accompanied by Hrithik and cinematographer Tirru, senior Roshan was here to celebrate the success of "Krrish 3", which has been received well in Tamil Nadu.