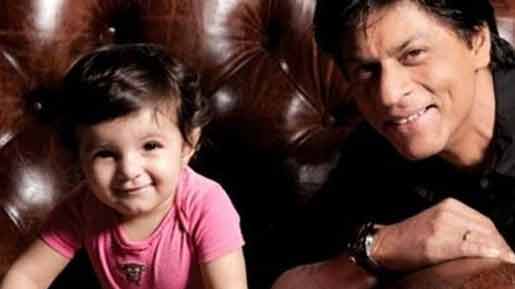 He has three kids -- his eldest son Aryan is currently studying abroad and his youngest son AbRam is too young to decide his career. But Shah Rukh Khan's daughter Suhana has set her sights on Bollywood and the doting dad has no issues about it.

AbRam -- the son SRK and Gauri had via surrogacy last year -- was seen in a cameo in the superstar's "Happy New Year".

Asked when Suhana will make such an appearance, SRK said: "She is very shy and she is the only one who wants to be an actress. I would be more than happy if my daughter becomes a Hindi film heroine. I hope she does more than a cameo."

Shah Rukh, who turned 49 recently, is a devoted father, and he has often said that spending time with his children is his stress-buster.

During a party at home, he said his children looked after his guests very well.

"It made me feel very proud. My kids are very innocent and that's my biggest gift," he said.