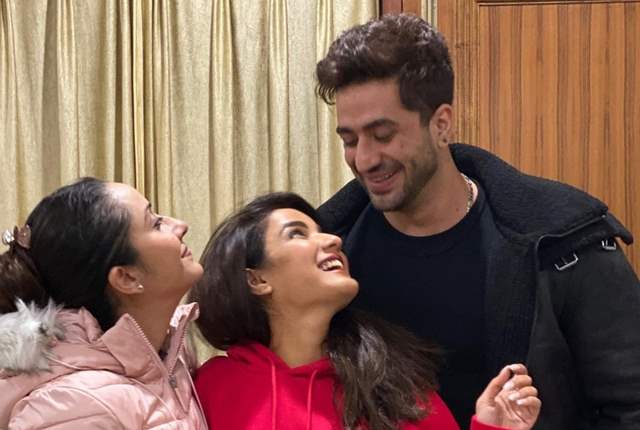 Bigg Boss 14 definitely has an array of things to talk about and there is a constant barrage of topics that keep happening in the house almost everyday. But if there is one thing that continues to be a perplexing talking point then that is - Aly Goni and Jasmin Bhasin's relationship.

Even though they have constantly maintained that they are just special friends and nothing more but lately the things and instances that has happened in the house had led to them 'almost' accepting their bond.

Goni's sister Ilham Goni Tak has been vocal with her support for her brother and also defending their bond. With now things happening and moving forward, Goni Tak has opened up on the same in an interview with Bombay Times.

She said, “People have always been interested in Aly and Jasmin's relationship. All these speculations don’t really matter, because we know they are just friends right now. If they have decided to come out, talk about it and want to take it further, it’s their choice. It's a serious matter. I am happy that they are taking it seriously and have decided to talk about it after they come out of the house.”

She added, “I am fine with people connecting dots, as everyone is entitled to an opinion. People love to talk about others and they are doing it with Aly and Jasmin, too. However, I choose to not react to these rumours.”

Whether or not, Goni and Bhasin will take things forward, we will have to wait and see.

PHOTOS: Jasmin Bhasin and Aly Goni are all smiles as they head to ...