New Delhi, July 12 (IANS) Television heartthrob Rajeev Khandelwal, who wowed critics and audiences in 'Aamir', has a new woman in his life and says he would love to father a baby girl whenever he settles down in life.

'I love families and kids. I would love to be a father and 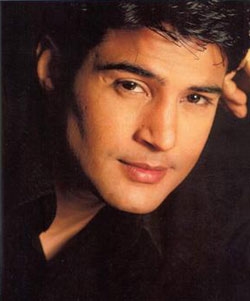 carry my daughter on my shoulders when I go for work. I love baby girls,' Rajeev, who is returning to the small screen as a reality show host, told IANS.

Currently he is doing his bit to fulfil his desire by sponsoring a girl child.

'If given a choice, I would love to adopt a girl. But it's a great feeling to even sponsor and support a girl child - it's as good as being a father to her,' he said in the interview.

Rajeev, who was earlier in a relationship with actress Aamna Shariff, his co-star on hit daily soap 'Kahiin Toh Hoga', admits that he now has someone special in his life.

'Yes, I am seeing someone right now. But she is not from the industry,' he said, refusing to reveal her name.

He, however, stressed that marriage was not on the cards for him any time soon.

'I've always intended to settle down with every girl I have dated in my life. But I have left it (marriage) on life. Whenever life pushes me into that direction, I will do it,' he said.

Rajeev said he decided to make a comeback on the small screen to host STAR Plus' new reality show 'Sach Ka Saamna' because it dealt with emotions of everyday life and presented people who could own up to the truth fearlessly.

'Sach Ka Saamna', the Indian version of internationally known show 'Moment of Truth', will reward contestants for their courage to speak the truth about their personal lives on national television. The format and the content of the show is what drew Rajeev to the show.

'I could relate to the questions asked in the show. They are somewhere related to every person's life. That was one reason I agreed to the show besides the fact that it applauds those who can own up to the truth not fearing the consequences,' he said.

Rajeev had won the hearts of many women during his first stint on TV and the list only got longer after he entered Bollywood. The actor says he absolutely loves the adulation he receives from his female fans, though it is 'difficult to stay grounded' at all times.

'There are lots of women who make me feel special. But I have always known it's not for me but for the characters I play. It's not that I'm a great looker, a great speaker or a great actor - but somehow I'm told that you are liked by the fairer sex and it gives me joy.

'I love it when any woman looks at me, smiles and I know it is genuine. It feels good. Imagine 10 women looking at you when you go in the lift - it becomes very difficult for me to stay grounded in such situations,' Rajeev said.

In fact his fans have given him so much love by way of gifts that the actor didn't have to buy a single object to decorate his living room.

'My house is loaded. My living room has been done up by my fans. It's like an Archies Gallery - full of teddy bears, souvenirs and statues of gods. Though I don't believe in god, my house has about 85 statues of Ganesha. People have been extremely kind to me,' he said.