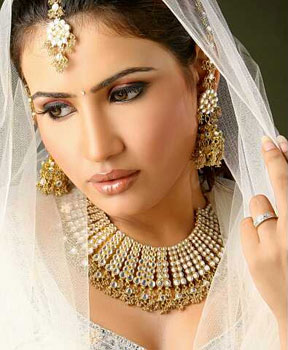 Priya Ahuja, the gorgeous young actress is slowly getting recognised in the Telly Industry, with her meaty roles in Kumkum and Zaara. The actress who debuted last year in Aisi Ki Taisi on Aaj Tak, with Raju Srivastav, was also seen in Sab Ka Bheja Fry and Meri Awaaz Ko Mil Gayi Roshni.


Playing the character of the bubbly and cheerful Pam in Kumkum Ek Pyaara Sa Bandhan, Priya is sure to make a mark for herself.

Priya Ahuja lives in the present, and according to her, past no longer exists and future is yet to come. A strong believer of the saying, “I would love to be hated for what I am, instead being loved for what I am not!!”, Priya opines that people who like you will always like you and who don't, will never....

When asked her about her experience working on the sets of Kumkum, the pretty damsel says, “Working there is a great experience. All are sweethearts, help around a lot. The new generation guys are mind blowing, Husein is a sweetheart, and there cannot be a perfect guy like him”. She adds on to say, "I am nicknamed' Chocolate Girl' on sets. I keep eating so many chocolates and distribute it to all my co stars, make even non eaters eat chocolates”.

Priya also plays the parallel lead in Sahara One's Zaara. “My track is Zaara is going good. I play the parallel lead after the leap was taken. My character is the one that gets Zaara back in the house. I am the driver's daughter, who is now in the house of Zaara, to tutor Zaara's daughter. The future track will see me fully involved in the Zaara household..”, says Priya.

Fond of working in films, the actress was at the height of her excitement when K.K. Menon applauded her efforts on shoot. “Recently, I did a music video with KK Menon, where I play a bar dancer. After my shot, K.K. Menon got up and clapped his hands and I just cannot explain how I felt then”, says the actress as she signs off.

shubh84 14 years ago Hey just want to say one thing that you simply rock in this...ur performance is simply amazing and i just love watching it again and again...you are already a star...you have proved that you are the best..keep up the good work going and looking forward to see more of you....keep rocking....(shubh)

sara fille 14 years ago its so very nice to see deay priya on screen......and i feel so proud to say that she is my class mate....i am sure she is gonna make it big....no doubt she she already had made it...

Abhishek(monty) 14 years ago Artical is good,really good.
Finally u r getting a face reconing.
Keep it up and very soon u will get what u desire.
Best of luck for future.

+ 4
14 years ago SO this is pam of kumkum. She looks so adorable. man couldn't identify her.

+ 2
14 years ago thx for the interview...really pretty pic

+ 5
14 years ago awww wish her all the success...hope this yr brings her success she wants..

she's sweet in kumkum, i prefer her ova the other girl..who plays her sister