View Profile
Priya Badlani, popularly known as ‘Memme’ in Zee’s Jabb Love Hua, is one of the fresh faces that have made the Television Industry proud in the last few years. A beauty recognized by Ashutosh Gowarikar, Priya has had the privilege of sharing screen space with stalwarts like Aamir Khan in a Coke Ad, followed by a cameo in the Abhishek Bachchan starrer, Naach. 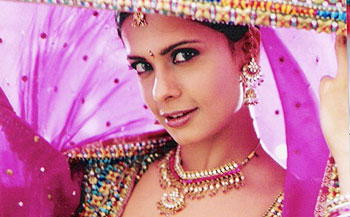 Featured Video
This talented lass is now on a break post Jabb Love Hua; and is on the lookout for some interesting project. Now what are her interests? What is her dream role? Let us get to know from Priya.

What have you been up to post – Jab Luv Hua?

I have been spending time with my family and friends. I didn’t take a single day off in the two years that I was in the show. So it was like, I really wanted to take the time off to spend time with everyone. It was a much needed break!

Do you plan to resume work anytime soon?

Yes, I can’t wait to be someone else now. I have been my self all this while, and now I just want to get on to a new adventure, hopefully something new and exciting.

Is there any project you are particularly focusing on?

Not as of now. I am looking for something different and exciting. I would like to play Dc. DoLittle, where I am surrounded by animals most of the time. But I am sure in it won’t be possible for a while for shows like such to do well.

Certainly not, until and unless the saas-bahu era doesn’t end, it wont be possible to catch something new like this. Isn't it?

Well, the people doing the shows, aren’t at fault. The focus is on issues that truly do happen to the women of , sure it’s a little exaggerated, but the case of the issues still remain the same. But I am glad that newer channels are coming up with many exciting new projects. Like Love Story on SAB is such a wonderful show. I am surprised it doesn’t get the recognition it deserves. So I guess, given a chance, shows will get more versatile, and we will get to see a little of everything on TV. And hopefully, I will be able to play my dream role of – Dc. Dolittle some day…

We in Telly Buzz wish that Priya's dreams come true and we see her soon in her dream project, sporting a Dc. DoLittle character, standing high and firm along with her loved animals... 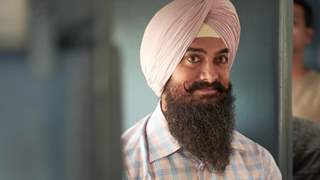 14 years ago Thanks .... I totally agree with Priya Badlani Love Story is the Best show.

14 years ago i miss her!
i hope she comes back soon!

14 years ago priya it wud be great if u cud do a fabulous role in any of the great shows on sony tv & sab tv ,becauz i think only sony tv & sab tv have the guts to make different types of shows apart from those joint family drama's .

14 years ago I wish she comes soon, and not as a bahu... but something interesting! Wish her all the best!

14 years ago She is cute! I would like to see more of her...as DocDoolittle! lol

14 years ago priya is a great animal lover as i read a lot of articles on the jab love hua forum abt this kind attitude of priya towards animals , priya u wud rock in the role that wud be close to DR. DOLITTLE , BY THE WAY I WANT U TO DO A LIGHT HEARTED ,PERKY & A HUMOUROUS ROLE becauz u r simply genius in those kinds of roles , PRIYA I REALLY WANNA SEE YOUR PAIR WITH SOME HANDSOME ACTORS like -- JAY BHANUSHALI (he is there in jhalak dikhlaja ,have a look at him priya) , MOHIT MALLIK , SACHIN SHROFF .

WISHING YOU ALL THE GREAT LUCK for your future !!!

14 years ago i am happy to no abt priya after such a long time. priya plz come back soon . will like to see u again in some new & refreshing serial like jlh. lovu u