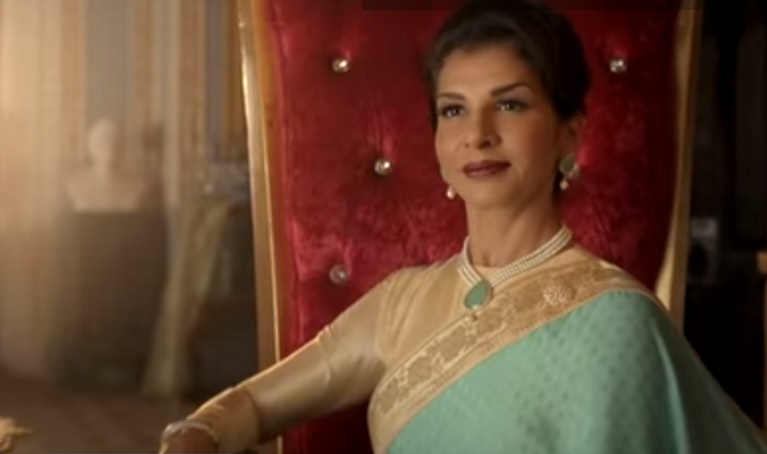 Veteran actress Anita Raaj, debuted on television with '24' tele-series, is back to the small screen with Ek Tha Raja Ek Thi Rani.

This is going to be Anita's first periodic show on Television and she is quite excited to essay a pivotal role in the same. In a candid chat with TellyBuzz, Anit Raaj shares about her character and much more.

Talking about her character on Ek Tha Raja Ek Thi Rani she told us, â€œMy role on the show is of Raaj Mata who is proud to be a ruler of the state. She wants her son, Rana ji (Siddhant Karnick) to follow her footsteps and not be a weak person. On the other side, she is also being a protective mother by creating a safe aura for her son.  The main reason for taking this show is my character. When I heard about it, I just couldn't refuse."

We further quipped about her look on the show and about her inspiration for the role, she said, "I would like to go on the lines of Maharani Gaytri. Her poise, her looks and the way she used to move and get dressed is something what I want to bring in my character. Talking about my look on the show, I am really thankful that I have got excellent hairdresser and makeup person who make me look exactly like the maharanis of that era. We all sit together and discuss on various hairdos. Though the look has to be same but even on that, we try to do various experiments to make it look different in every episode."

TellyBuzz wishes Anita Raaj all the best for her new journey!

5 years ago You are awesome and your portrayal of the character is amazing. Kudos to you. Love you.

5 years ago Eagerly waiting for the show, Drashti and the whole cast is going to rock and rule our hearts.

Good luck to all team & crew.

+ 6
5 years ago Anita Raaj , Siddhant Karnick all the best ...You guys will Rock the show with our princess Drashti Dhami .

+ 7
8 years ago Love u Kajol so much!!!!!!!!!!!!!!
Truly the queen of Bollywood. So gorgeous, honest, and a brilliant actress!So versatile and simply the best!! Hope to see more of her and definitely more of her and SRK together!

+ 6
8 years ago she is awesome.
and the queen of Bollywood.
SRK n kajol the best pair

+ 6
8 years ago Truly the queen of Bollywood. So gorgeous, honest, and a brilliant actress! She's just as much convincing as a psycho in Gupt as she is as a perfect biwi and bahu in K3G. So versatile and simply the best!! Hope to see more of her and definitely more of her and SRK together!

+ 5
8 years ago Gorgeous Mommy! Great to see her back in business! Hope she does a new movie soon!

8 years ago Kojol is still my favorite actress along with Sridevi :) Want to see them in more movies, they are the best :D