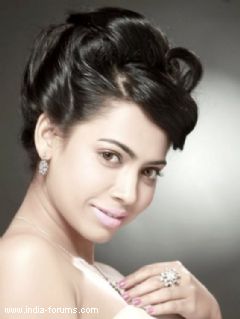 Sneha Kapoor is a complete volt-face from the character she plays on screen. She is the epitome of girl next door and her love for dance is palpable. Read on to know Sneha Kapoor...

How has the journey been from dancing to acting?
It has been very interesting. I feel dancing is closely related to acting because you cannot dance without emotions and expressions. We had a lot of workshops that I attended to polish my acting skills.

How did D3 happen?
It was a complete accident. My friend had to go for the audition but couldn't attend due to some reasons and asked me to try instead. She told me that auditions were in Bandra and I was heading there. So, I decided to give it a shot!

What is easier for you – Dancing or Acting?
Dancing is natural for me! Dancing to any Bollywood number is easy for me. But, D3 has a lot of Hip-Hop and I was not accustomed to it.

How is your off day like when you are not shooting?
For me it is a complete family day. The number of hours we shoot are crazy and I don't get time to spend with my family. I just enjoy being at home. It is completely indoors for me!

Who are your favorite co-stars on the sets of D3?
I love the girl gang on the sets. We have crazy time on the sets and a lot of fun in the green room. Priyanka and Sam are pretty much like my adopted kids.

The character you play is very stylish. What is your dressing style?
Shopping is not my weakness and I'm not really into fashion. I'm however picking it from the girls on the sets. I'm essentially in to jeans and t-shirts.

What is your favorite hangout in Mumbai?
My house ! There is not hangout that I'm glued to.

You play a snooty character on the show. Tell us one similarity and one dissimilarity you share with Sharon?
Similarity has to be love for dance. Dissimilarity will be that I hate when people humiliate the other person in public. It is just not acceptable publicly.

Are you dating anyone?
I'm not dating anyone. However, I wish I was dating Shahid Kapoor. We were both trainers at Shiamak Davar academy but I never got around to meeting him.

How has the fan reaction been to your show and acting?
D3 is a very different concept and we did not imagine that it would become a phenomenon. Love from the audience is overwhelming and we are bombarded with cakes, gifts and cards. For a very normal person like me , this fame is just so surreal. I thank god for his blessings and all the fans for their love.

meeryy 7 years ago OOOhhh Such is back...back again!!!
I am not even expecting her to understand the class and dynamics of SK and the equation she has with her fans...so there.

Preethiswsn 7 years ago u deserve to get love by al.. v all love u sharon a.ka. sneha... @least once a week plz come to v channel and make us alive..

cutei 8 years ago Luv u sneha,u r an awsum dancer & an actor too

noorainn 8 years ago Sneha ur answers are awesomee... U r too good... A genuine person for sure... May god bless u abundantly... U really inspire a big lot
..

_bellaSwan_ 8 years ago u r very humble down to earth person ,one day u r hard work will pay a fruitful result