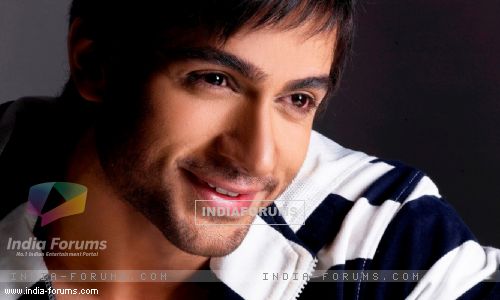 Actor Shaleen Bhanot who has always entertained viewers with his dancing and acting skills, will now be exploring the other facet as well. Yes, Shaleen who has been fond of music will be launching his debut music video Kamasutra. While Shaleen has also been a part of BCL, it looks like that he is experimenting with his abilities for now as he is on a sabbatical post his show Sajda Tere Pyar Mein that ended long back.

In conversation with us, Shaleen talks about his singing debut and more...

Its my gift to Asians :The idea was to entertain everyone. It is my gift to all Asians and I want all to enjoy this song.

Admires Mom and Sonu Niigam for singing: All my family members are engaged in some or the other business, so they all are serious kind of people. But my Mom has been practicing classical singing since past 17 years so she inspired me for this. Also I admire Sonu Nigam, Nusrat Fateh Ali Khan. Last I visited Big Music awards there I saw Sonu Nigam and the thing only I could say was he is the God of Music. I hope Sonu Nigam watches this video.

The beauty of music cannot be defined: Singing is my passion if someone tells me to lend my voice for a film, I will do it free of cost. I feel music is an universal language which can be understood by everyone. Music is very beautiful for me, it gives me peace.

Nandini8 6 years ago Who told you that the lovely couple won't come back together? Don't ups and downs happen in everybody's lives?!?! You rock, Shaleen!!!

6 years ago I am on Daljeet's side...so sorry but not going to care whether you make it or not...
Sincerely,
Unapologetic

9 years ago Amrita rao is such a pretty actress and talented than some top current actresses miss her on the big screen and w/ shahid too. God bless this talented beauty, she deserves more.

9 years ago wish we could see you more often amrita, you're amazing and your chemistry with shahid kapoor is just mind blowing!

+ 3
9 years ago good to hear your news.i like you soo much.you are soo beautiful.