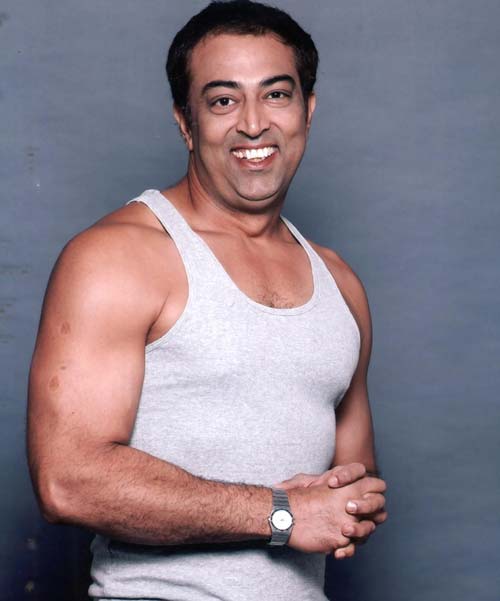 Actor Vindoo Dara Singh, who won the third season of popular reality show 'Bigg Boss', believes he was a 'saint' when compared to the contenders of the ongoing edition of the show. He says they 'fight like crazy', and clarified that getting aggressive inside the house is not tutored but an individual's choice.

"I was very calm. I must have fought three times in three months. Compared to the contestants in the current season, I was a saint. These guys are fighting like crazy," Vindoo said in context to 'Bigg Boss Saath 7', which airs on Colors.

He says the contestants are not instructed to behave aggressively.

"We were not told anything. Once we entered the 'Bigg Boss' house, we behaved how we wanted. If the contestants are behaving aggressively, it is their choice. The point is, the contestants' natural personalities change under pressure.

"Look at the contestants this season: Kamya Punjabi, Kushal Tandon, Gauhar Khan, VJ Andy, Armaan Kohli ... super-headstrong. These guys fight non-stop. With such people around, there are bound to be fights.

"If more pacifists like Ratan Rajput, Tanisha Mukherjee and Sangram Singh were around, there would be no fights," he conceded.

However, he says the 'Bigg Boss' house, a secluded bungalow full of eclectic celebrities locked together under prying cameras for three months and its "unusual circumstances" make contestants behave "strangely".

"I never cry. In the 'Bigg Boss' house, I'd cry every day. This show is not for the weak - hearted ... The brain gets scrambled in there," he said, adding that the show indeed brought immense recognition.

"Anywhere I go, people recognize me for 'Bigg Boss'."

saraaa. 9 years ago Aww ... well that's understandable since Rishi is like a big actor! I hope the movie does great ... even though its Akshay's film