The 9X show “Jiya Jale”, produced by the non-fiction King Siddhartha Basu, has the very beautiful and talented, Sriti Jha donning the lead role. She had already proved her talent in the Disney Channel serial “Dhoom Machaao Dhoom” as a school going girl.

Sriti, who had tried a hand at acting in the Disney Channel serial “Dhoom Machaao Dhoom” as a school going girl, always loved acting but never imagined that she’ll one day find herself on Television. “I wanted to act, but never imagined it would be in this big a scale”, opines the actress. But now that she finds herself here, she is enjoying every bit of it. What made her take this role? “At this stage of my career I am not offered roles. It’s the roles I decide to audition for, that I get. I still don’t have that luxury. But the thing that excited me very much about this role is that the character Sunaina is a very normal character. Moreover, I found she is very close to Sriti.” Then laughs and adds, “Although I am not as righteous as she is.”

Jiya Jale is the love story of Sunaina and Chandan, being played by Saurabh Pandey. How does Sriti find her co-actor? “He is marvelous. But I would rather say, all my co-actors are amazing. The best time we spend on the sets is during the breaks. We have loads of fun together. Infact, when I am not shooting, it’s then that I really miss those people around”, says Sriti who has found a family on sets. Sriti has come a long way from doing the role of Malini to now Sunaina. “Yes, both the roles are so different. Malini was serious and a school going character. Here the role is very close and more real, of a matured girl, and I am trying to give my best to it. I am sure those who loved me as Malini would also love me as Sunaina", comes the reply.

Malini or Sunaina, it is Sriti and her presence that makes the difference to her viewers. She has a lot to offer to her viewers and we wish Sriti all the very best for her 'Sunehra' days. 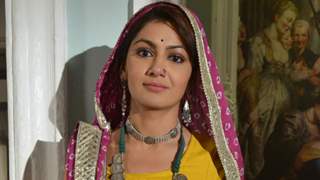 13 years ago JJ is really good lovestory....and the sunaina-chandan jodi is really great :)

13 years ago i loved her in dmd nd in jiya jale also shez doing gr8!!!

+ 2
13 years ago Sriti is really sweet and her look is simple next door girl..

13 years ago she reminds of ayesha takia. she is beautiful.

13 years ago She is pretty. She reminds me of yesteryear actress Menaakshi Sheshadri.