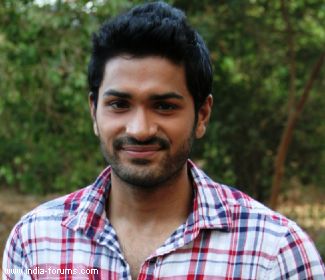 "I am open to Bollywood but things are not coming up the way I would like them to. I want to do unconventional roles not the typical ones," Mrunal, who also featured in TV show "Bandini", told IANS.

"I would love to do 'A Wednesday' or movies like 'Mumbai Meri Jaan' and 'Paan Singh Tomar'. I can carry these roles really well. I would also love to play gangster roles," said the actor, who is a former Gladrags model.

Television actor Ravi Dubey, who plays Tej in "Saas Bina Sasural", has roped in his on-screen brother Pracheen a.k.a. Sharman Jain as his private trainer.

Tej is inspired by Pracheen's fitness 'gyaan'. Once the actors are off sets, they straightaway hit the gym. Sharman has taken his role as gym guru very seriously.

Actress Ojaswi Oberoi, who plays the lead in Life Ok's "Aasma Se Aagey", takes a dig at reality shows and says such shows up stress levels among participants.

"I believe people think a lot today. They have become very ambitious. They forget that they have other responsibilities and personal lives. Somewhere they don't realise that they are going in the wrong direction and therefore get stressed," said Ojaswi, who was previously seen in "Behenein".

In the show, Ojaswi's character Meenakshi is a dreamer and enters a reality show to fulfil her dream.

She admits she can relate to her character and said: "Meenakshi is a sweet, simple girl. She belongs to a financially weak family. She believes that she can achieve her dream."

"When I come into the get-up of Meenakshi, I really don't have to act. I am just like Meenakshi. I also dream a lot and believe that when you have faith in your life and in your destiny, you will achieve your dreams," she added.

The actress is a trained Kathak dancer and has performed worldwide.

"I have 13 years of experience in Kathak and I enjoy dancing," she told IANS.

amreen2000 8 years ago I love all the characters in hd, the current track with ranjeet is also awesome and munna sharma eating biscuits with a knife and fork is just loool!! Keep entertaining HD

rekhavy 8 years ago why there are no articles on hitler didi...the show is really going good now...infact am starting to love the character sumer played by abhinav...the humour is really good...God knows when sameer and rishi will come back..

AblazedEnigma.. 8 years ago We r missing sameer diwaan...
u r very great actor mrunal
i wish 2 c u back in HD very soon..

Anurag Kashyap responds to MeToo allegations levelled by ...
11 minutes ago