Shabbana Mullani who plays the parallel lead, Avni in Jiya jale on 9X, recently turned down a cameo role opposite Arjun Rampal in a new Sunil Shetty production. When asked what made her turn down such a good offer she says, “I didn’t take up the role because it was a cameo and required just a day’s shooting. And if I had to take up a role in bollywood I would rather take up something that would leave a mark on the audience and they will remember me for it.” 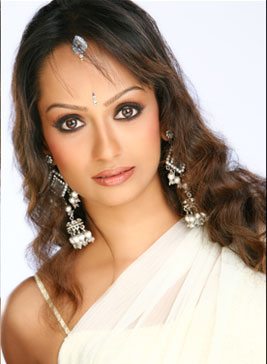 Featured Video
But you just did a cameo in the unreleased movie Humm Lallan Bol Rahe Hai starring Rajpal Yadav. “Yes I did”, confirms Shabbana, “but in spite of that being a cameo role, the audience is bound to remember me because my role is quite important in the movie. I act like as a bridge between Rajpal Yadav and his love interest in the movie. And I am sure when the audience comes out after watching the movie they’ll definitely remember who Shabbana is.” Well this girl surely believes in playing cameo roles, as she also played a stint as Mili in Anurag Basu’s Love Story. About that, Shabbana says “I know it was a cameo role again but I did the role because it was Anurag Basu’s serial and I could not refuse an offer made by someone of his stature. And the role required me to play a gray shade which prompted me to take it up as I believe an actor needs to be versatile and try his/her hand at different roles.”

So how does it feel playing a parallel lead in Jiya Jale? “It’s great”, responds Shabbana , “I am a lot like the character I play in Jiya Jale. I play the role of Avni, who is a Punjabi girl and is very sweet and bubbly. Her family means everything to her and should will do anything to see them happy.”

And what does the future have in store for this belle? Laughing Shabbana replies, “I guess my dream is the same as everyone else. I also aspire to myself on the silver screen in the future.”

love your jodi & hope you'll keep on doing lots of films with her!

14 years ago thnxx ..nice article....she is a gud actress!!!jiya jale is doing a gud job nowadayz...