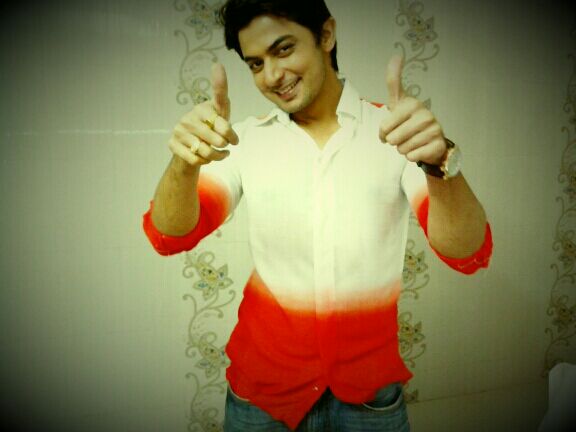 Actor Diaansh Sharma, is currently seen in Mooh Boli Shaadi on Sony TV, essaying the role of Anmol's (Zalak Desai) brother on the show. While Diaansh started his TV career from the popular show Kaali - Ek Agnipariksha, playing a different role from that of Mooh Boli..., he is however, happy to experiment with his roles in shows right now.

In conversation with us, Diaansh talks about the character, equation with co-stars and more...

How did Mooh Boli Shaddi happen to you?

Well, I was giving many auditions and when the casting for this show was in process, I also gave my look test. They shortlisted me for the brother's role and this is how, I bagged the role. There is no big story behind it as I was selected with the usual process.

Do you relate yourself with the character in real life?

Yes. I actually relate myself with my character because even in real life I am the eldest son in my family and even on the show too. Other than that, I also have my younger sisters about whom I am quite possessive like my character on the show. I am also a very positive person in real as well as in reel. So, yes my character and Diaansh share lots of similarities.

How is your equation with the other actors on the sets?

We all share a great equation with each other on the sets. I always take Darshan Jariwala's help and seek guidance from him because he is a National award winner and also a very senior actor. I learn many things from him.

What other kind of roles do you want to play on screen?

I want to do a full fledged romantic role where an actor gets to show many emotions on screen. Such a role will help me to connect with my audience. Other than that, I am open to play all kind of roles but it should be strong enough where, I get to show my acting talent efficiently.

TellyBuzz wishes Diaansh Sharma all the best for future endeavor!

Diaansh Sharma is doing great job as Pratap Singh in Mooh Boli Shaadi. along side with Fahad Ali, Zalak Desai, Darshan Jariwala and the others.