Ritesh Deshmukh has already proven himself in his previous comic roles. Now he teams up with Akshay Kumar and Fardeen Khan in television anchor-turned-director Sajid Khan's laughter riot "Heyy Babyy". The three will be seen taking care of a six-month-old in the film. He talked to us about his experience with the movie, lessons from it, and his future projects.

Q: What are the similarities or dissimilarities between Tanmay Joglekar from Pandharpur and Ritesh Deshmukh from Narathwada? 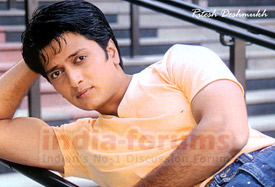 A: It's tough for me to describe it. This is for the first time that I'm playing a character who settles down in Sydney, despite being from Pandharpur. Eddy Teddy, as he is called, is the main attraction at children's birthday parties. Whenever he gets furious he rebukes the Australian children in Marathi. I think people will enjoy it.

Q: We learnt that you had to wear a costume of 20 kgs for the character...
A: Yeah, that's true. The costume was funny for the children, but not for me. I had to dress up like that because the character turns up like a teddy bear at the kids' parties. The shooting spot was quite hot and the added weight made my condition worse.

Q: How did you handle the six-month-old baby in this film?
A: Till I was 13 or 14 years old, I used to play with my younger cousins. But it's due to this film that I came to know more about children and how it feels to be a father. I have seen Shah Rukh and Akshay spending time with their children though.

Q: How was the experience of working again in a multi-starrer movie?
A: We are all working with each other for the first time. So we came to know each other on the sets. We would like to work together in some other film in the future, too. The 40 days that we spent shooting at Sydney would be a cherished memory for me.

Q: What would you like to say about the actress, Vidya Balan?
A: She is not only a promising artiste but also a good human being who cares for everyone. 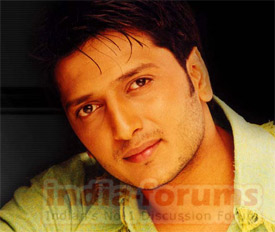 Q: How do you like Sajid Khan as a director?
A: Sajid is really an excellent director. I have never seen him disturbed on the sets. He remembers everything regarding the film. And above all, he has designed the film in a great way.

Q: We also came to know that you were very touchy during the climax shots of the film.
A: Yeah, you are right. The scene moved me so much that my eyes were moist even at the time of dubbing. Actually, I cannot control my tears whenever I have to deal with a touchy subject. I have seen many people who are ashamed of crying in public. But I don't think of others while revealing my emotions.

Q: Someone told us that you work really hard on the sets.
A: That's what I can do…. and what I'm doing. Once a shot is okayed, it becomes past. So I believe one must give his hundred per cent in every shot.

Q: You are much praised for your comic roles. What would you like to say?
A: I'm happy that comedy films are running well these days. As far as my presence is concerned, I'm really motivated that all my films have done well at the box-office. But, at the same time, I don't believe that the whole credit goes to me only. The first credit must go to the film and the director.

Q: You played the role of a lady in the film "Apna Sapna Money Money". Would you like to play such roles again?
A: Of course, if I get the chance. I think every male actor must play the role of a woman at least once in his life. 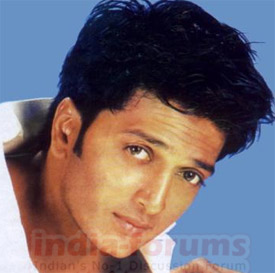 Q: Are you doing any film with Ramgopal Verma?
A: Not till now. But we will be seen together very soon.

Q: What kind of hero would you like to be remembered as?
A: It would be too early to answer this question. I don't know how long people will like me, remember me. At the same time, I can't say that I'll stay here for the next 15 years. I believe in the present, and not in the future.

Q: Tell us something about your love life.
A: Now, why do you want to know that? Love has many facets that include parents, brother and sister and even the love of friends. I have gone through every emotion just like any other normal person. But the love you want to know about will take a little while more to happen.

Q: Tell us about your forthcoming films.
A: Among my forthcoming films are "Dhamaal", "De Taali" and more. "Dhamaal" will make you laugh from the time you take your seat in the theatre and will linger on till you reach home. I have Arshad Warsi, Ashish Chowdhury, Javed Jafri and Sanjay Dutt with me in that film. Whereas, there are Aftaab Shivdasani, Rimii Sen and Ayesha Takia working with me in "De Taali", which is also an entertainer like "Dhamaal". Besides these two films, there were two other movies, "Loot" and "Saamna", which got stalled even before they started shooting.