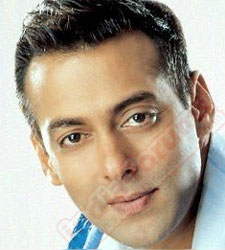 Mumbai, Aug 24 (IANS) The third season of his show 'Koffee With Karan' is almost over, and this time too the dynamic Karan Johar managed to chat up with most big names from the industry except Aamir Khan and Salman Khan.

And he regrets not having them on the show.

'I would've loved to get Salman and Aamir. I regret not getting them on 'Koffee With Karan'. I have great regard for them as people and as individuals,' Karan told IANS.

'I'd have loved to discuss cinema with Aamir. And Salman is hugely entertaining on television. Wasn't he fantastic on KBC ('Kaun Banega Crorepati')? I'd like to interact with them as not just a talk-show host but also a filmmaker.'

The chat show was about the comfort level Karan shared with his guests.

'I didn't want the celebrities to give me quotable quotes. I wanted them to be comfortable on my show. And that comfort showed.' 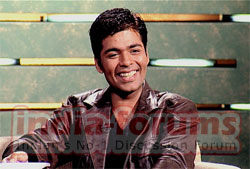 His criterion for the guests was newsmakers whom audiences wanted to see and hear.

'For instance, Rakhi Sawant was great. I needed people who could talk.

Celebrities, no matter how big, who were monosyllabic just didn't qualify.'

He said: 'I enjoyed doing 'Koffee With Karan'. But there were only X amount of guests I could call on the show. We still have to telecast episodes with Shah Rukh Khan-Deepika Padukone-Farah Khan. Shah Rukh and Farah are hugely entertaining and this would be Deepika's premiere appearance on television.'

Trust Karan to bring out another side of his guests. He had Javed Akhtar and Shabana Azmi on his show along with Farhan and they were completely chilled out. 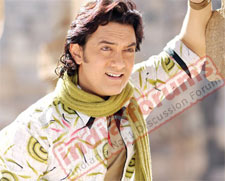 'Javed and Shabana were light and casual on my show, not cerebral as you'd expect them to be. Javed saab had never been on the show before.'

Composer-singer-actor Himesh Reshammiya too opened up on his show.

'I found Himesh Reshammiya realistic, modest and honest. He came alone and he held his own. He mentioned his wife and son for the first time. He's a surprising success story. I somewhere had the confidence that he'd open up. And I was right. I knew he'd be on a roll once the camera rolled.'

One person who never showed up was Ram Gopal Varma.

'He was busy with 'Sarkar 2' and his version of 'Sholay'. So I never really followed him up.'

'I've done 52 episodes. I'll re-visit it after a few years. Let people miss it. Didn't people miss KBC? In its own small way 'Koffee...' made a dent. Yes, it has its audience. Now people can watch me on NDTV where I'm part of the entertainment section which Samir Nair helms.

'We do a lot of brainstorming. He's the brain and I storm in and out of their office. He understands the small-screen medium much better than me.'