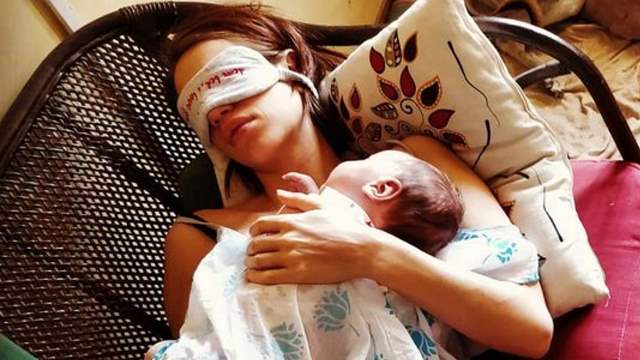 Kalki Koechlin turned mumma to a beautiful babygirl back in February last year. As the baby turns a year older, the actress recalled the time when she had to get back to work, three weeks after delivering her baby.

Kalki and her boyfriend Guy Hershberg have named their daughter Sappho. In a recent Instagram post, the ZNMD actress shares a stunning picture from a photoshoot that she did almost a month after her delivery. She shares how she returned to work - being sleep-deprived, anxious and running to feed her baby in between shots.

“Shot in March 2020, 3 weeks after giving birth, one week before lockdown. I had hardly slept, was tired, anxious and anti social as I ran back to the van to feed my girl in between shots. Going back to work seemed like such a struggle after what my body had gone through,” she wrote.

However, at the same time Kalki adds that if she knew she would have to spend the next many months under lockdown, she would have been happier about shooting.

“If only I'd known I was going to have to spend the rest of the year between four walls, maybe I would've smiled more at this last window of employment. But I guess the intense look of a woman who's going through a huge upheaval has its place too. I'm grateful now, for it all. The perspective that comes with time passing,” she wrote.

Kalki welcomed her first child, Sappho, with her boyfriend, Guy Hershberg, on February 7 last year. The actress had opted for a water delivery in Goa.