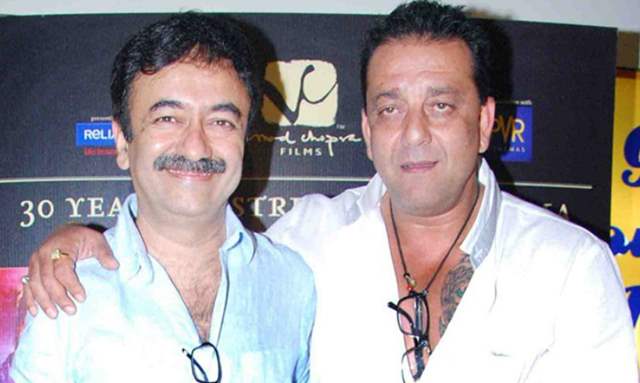 Bollywood director Rajkumar Hirani’s Munna Bhai M.B.B.S was a humongous hit amongst the masses. The 2003 comedy-drama revived Sanjay Dutt’s career, after his heart-breaking downfall as he was booked for ‘Terrorist and Disruptive Activities (Prevention) Act’ in 1993. Later the charges of terrorism were dropped but he was convicted of ‘illegal possession of weapons’.

Recently, the 59-year-old actor attended the trailer launch of his first Marathi production Baba with his wife Maanayata Dutt. During an interaction session with the media, Sanjay was asked when the shoot for the much-awaited third installment of Munna Bhai will start.

He said, “I pray to God it happens soon but this should be asked from Mr. Raju Hirani (Rajkumar Hirani) director of “Munna Bhai…” series. I think he would be in a better position to answer this question. I am eagerly waiting to start shooting.”

When asked what kind of films he would like to do in the near future, he said, “Now, I can’t dance around trees and do romance with girls but I will do some great characters like Mel Gibson and Denzel Washington do in Hollywood films. I have had a very long and beautiful journey since my first film Rocky. I learnt a lot in that process because I worked with some of the great actors from the industry.”

When asked about the recreated version of his hit song O Saki Saki from Musafir, starring Nora Fatehi, he said, “It’s great that these songs are being recreated and it means that they are still popular. So, it’s a good thing.”

On the other hand, the leading lady of the original song, Koena Mitra had slammed the new version of the song, which originally featured her and Sanjay Dutt.

Sanjay Dutt made his Bollywood debut with Rocky in 1981. Since then he has been a part of some memorable films like Naam, Khalnayak, Vaastav: The Reality, Mission Kashmir, Munna Bhai M.B.B.S., Lage Raho Munna Bhai and many more.

On the work front, Sanjay Dutt will be seen in Shamshera with Ranbir Kapoor and Panipat with Arjun Kapoor.

Sanjay Dutt reveals his reaction when he was offered the role of ...