View Profile
Filmmaker Kunal Kohli says he likes to set trends, rather than following them. After "Hum Tum", a love story spread over a decade, 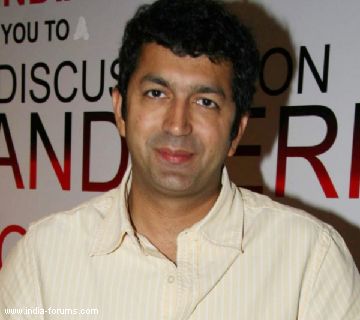 he is coming out with "Teri Meri Kahaani", which is set in three different generations.

"'Hum Tum' was of an unusual genre. Nobody had done a film like that in 2004. It was different from a usual love story, and I like trendsetting. It is a gamble, but so far it has paid off," Kohli told IANS.

"I don't think even my viewers would like me to do usual stuff. So I like walking on untrodden paths," he added.

Celina Jaitley is sleep deprived ever since she gave birth to twins.

"Mothers of twins are basically part of a scientific experiment to prove that sleep is not a crucial part of human life... good morning," tweeted Celina, referring to her current state.

Ever since her wedding in July 2011, she has been living in Dubai.

Actress Sonakshi Sinha, who is busy promoting her next film "Rowdy Rathore", says women should be aware and alert while travelling by train.

At times, the star kid, born to Shatrughan Sinha, used to take the local trains during her college days in Mumbai, and she has a word of advice for young girls.

The campaign is aimed at asking people to stop risking their lives by crossing railway tracks and travelling on train roof tops.

Huma Qureshi Loses Cool; Says She has been 'Unnecessarily ...
41 minutes ago

2020 is Turing Out to be a Fruitful Year for Prabhas!
41 minutes ago