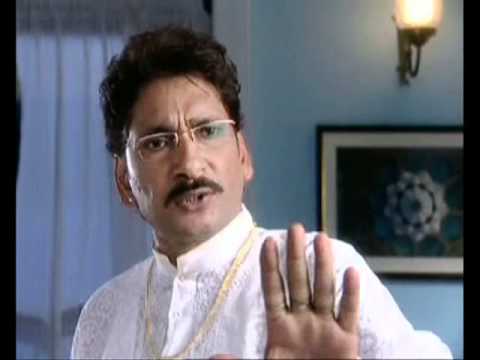 Nagesh Salwan who was last seen essaying a grey shaded character in Star Plus' Navya will be seen playing a negative character in Life OK's Mahakumbh. While he has already amazed the audience with his presence on screen, Nagesh will surely gain praises for his act in the upcoming show Mahakumbh.

In conversation with TellyBuzz, Nagesh talks about playing negative characters, working with co-stars and more...
How excited are you for this show?

It's a different kind of show altogether for the viewers as well as for us. The show is different in terms of production value, set up, the characters and more.
Tell us something about your character?

I am essaying a negative character in this show who will create obstacles and problems for  Nayak. Swami Balivesh is a person who has his own desires and to achieve those desires he can to any extent. My character has many shades so my character is going to create a complicated image among audience.
Do you like essaying negative characters?

I have done my own research to improvise my character. I have observed people closely to portray this character. I have gone through videos and observed their behavior, how they deal with people in the society, their observation towards life and more.
What do you have to say about your co-actors?

I like Gautam's (Gautam Rode) dedication and passion towards work, finding such qualities in a young actor like him is quite commendable. I feel not only Gautam but the entire cast is very special.
Share your expectations for this show?

I don't have expectations but I strongly believe that this show will entertain audience and people are going to remember it for years.
How was your experience shooting in Benaras?

6 years ago Best of luck to MK team. Gautam Rode cannot wait to see you as Rudra.

redfoxx 6 years ago Gautam Rode it was a superb episode. Waiting on your entry.

FanofGR 6 years ago Gautam Rode you will rock as Rudra. Best of luck MK team.

6 years ago I wish the entire team and cast of MK a mind blowing premier. Good luck Gautam Rode.

6 years ago Best of luck to MK team. Gautam Rode cannot wait to see you as Rudra. Take care.